“Moreover there is a genuine difference between a false good, a spurious satisfaction, and a ‘true’ good, and there is an empirical test for discovering the difference.”– John Dewey, Human Nature and Conduct. 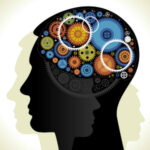 I have argued that contentment is one of four components of the meaningful life, and so far we have looked at various philosophical approaches to it. However limiting ourselves to philosophical literature risks omitting a common, and perhaps the most common, impediment to contentment which falls outside of the philosopher’s space, that is, the psychological.  I originally planned one or two essays in this area, but as I delved deeper, it seemed to me this section requires more and so I offer today an introduction and outline of a more extensive approach.1

Historically the psychologist has not addressed the seemingly mundane issue of human contentment for ‘normal’ individuals, but addressed his or her efforts to the relief of supposedly ‘abnormal’ states of mind. This is not surprising given the pervasiveness of the many forms of psychopathology – depression, anxiety, other neuroses, psychoses, personality disorders, and so forth – all of which not only prevent contentment for affected individuals, but impair their very function in society. However psychologists recognize that even ‘normal’ individuals (including themselves) suffer from some level of anxiety, mood swings, and relationship dysfunction which contribute to disquietude. It turns out contentment requires not only philosophical peace of mind, but also psychological equanimity. In a sense I prefigured this section with Freud in that earlier post although my focus then was confined to his more philosophical speculations.

Now moving fully to the psychological perspective, I propose to divide this segment into the following parts:

2.  Erich Fromm on pleasure and happiness

5.  The psychology of well-being

Following today’s introduction, the second part of this segment (Friday’s post2) presents the thoughts of Erich Fromm whose thoughts reflect mainly psychological observations accompanied by a flavoring of   philosophy. 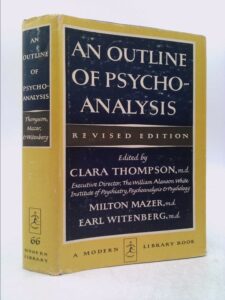 The third part will explore the thoughts of several experienced psychoanalysts – including Erich Fromm’s estranged wife Frieda, Alfred Adler, and others – presented in The Modern Library’s 1955 text, An Outline of Psychoanalysis. The fourth part will look at cognitive therapy as presented in a modern textbook of psychology and the fifth part will investigate contemporary psychological theory on contentment and ‘well-being’ offered in The Oxford Guide to Happiness. The penultimate part will examine psychological techniques to achieve tranquility in the modern world. I will close this segment with a synopsis.

I appreciate that some readers may find this excessive for a philosophy site, but for myself, psychological obstacles continue to impede tranquility, and I suspect this is true for others as well. Hopefully we can make progress together through this section in the ongoing quest for lasting contentment.

1Readers will note I came to this discovery after preparing last Friday’s post which is now labeled Part II. I did not wish to delete that post after I recognized the problem.

2 Replies to “CONTENTMENT AND THE MEANINGFUL LIFE – PSYCHOLOGY – PART I”