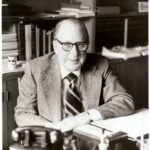 “If anxiety is mild, it is stimulating and facilitates increased and efficient action or thought.”– Roy R. Grinker, Psychosomatic Research.

In Part II of this segment we saw that for Erich Fromm, contentment is a state of well-being derived from the meeting of authentic needs, involvement in the world, self-respect, keeping one’s eyes on the goal of happiness, and the retreat into relaxation. Today we begin looking at the thoughts of a variety of his contemporaries from the opposite vantage point – contentment as attenuation of anxiety and dissatisfaction with the self. To be sure the main focus of these experts remains on pathological anxiety and its consequences, but several of them reference the challenges of ‘normal’ anxiety. I should note that for these posts, I am excluding theories on libido and sexuality (which seem less scientifically viable as explanations by the twenty-first century), and I am lumping with anxiety all psychological forms of unease of the mind and assuming significant blurring of the margin between ‘normal’ and pathological states. In short I wish to re-purpose the clinical thinking of these experts as counsel on managing anxiety for any individual on the journey to contentment.

The logical starting place is determining why we have anxiety in the first place. I particularly like Rollo May’s summation of Freud’s explanation – “the capacity for anxiety is innate in the organism, that it is part of the self-preservation instinct, and that it is phylogenetically inherited.”1 As a corollary May tells us the a person’s symptoms of anxiety are seen “not as merely the outcome of a simple intrapsychic process, but as arising out of the individual’s endeavor to avoid danger situations in his world of relationships.”2 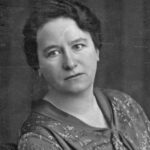 Frieda Fromm-Reichmann (Erich Fromm’s estranged wife) referencing H. S. Sullivan adds that anxiety develops due to “inacceptable thoughts, feelings, drives, wishes, and actions.”3 These then are the ‘repressions’ dealt with through psychoanalysis. She also notes Adler’s tying of anxiety to feelings of inferiority, while still other therapists “find the source of man’s anxiety in  psychological isolation,  his alienation from his own self and from his fellowmen.”4 From this analysis she concludes anxiety as the “expression of the anticipated loss of love and approval, or separation, social isolation, or disruption of one’s interpersonal relationships implies a close psychological affinity to loneliness.”5 However she tells us of other explanations, for example, the unpredictability of death especially as a symbol of other unpredictable forces that impact the individual and Joren Ruesch’s theory that anxiety is due to “overstimulation which cannot be discharged with action, ”6

2 Replies to “CONTENTMENT AND THE MEANINGFUL LIFE – PSYCHOLOGY – PART III”