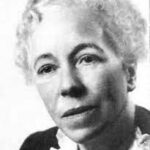 As we think through the properties of and pathway to contentment, we move now from the philosophical arena to the scientific starting with psychology. I offer as our first thinker, Erich Fromm (1900-1980), a German trained social psychologist and psychoanalyst and later humanistic philosopher. In reading his 1949 text, Man For Himself, I find no mention of contentment, but an extensive discussion of pleasure and happiness in one section. After reviewing the philosophical views of Plato, Aristotle, Spinoza, and Spencer on pleasure and happiness, he boldly asserts, “psychoanalysis in its minute study of unconscious motivations and the dynamics of character, laid the foundation for such refined techniques of study and observation and thus enables us to further the discussion of pleasure as a norm for living beyond its traditional scope.” 1

One observation of the psychologist which confirms the ethicist’s critique of hedonism is that “…the subjective sense of satisfaction is itself deceptive and not a valid criterion of value…”2 as is seen for example with masochism or the neuroses. But he goes further, one’s very feelings of happiness and unhappiness may be illusions. Authentic happiness, in Fromm’s opinion, is more than a state of the mind, it is state of the entire organism, its personality. It gives rise to “an increase in vitality, intensity of feeling and thinking, and productiveness”3 and must be “a state of well-being of the whole person”4

The crux of the psychological approach to pleasure, happiness, and contentment is that authentic forms fulfill physiologic or healthy needs, while inauthentic forms fulfill irrational needs or neurotic desires.5 And for Fromm the former comes down to a person’s need to fulfill purpose in the human community: “Happiness is an achievement brought about by man’s inner productiveness…the accompaniment of all productive activity, in thought, feeling, and action… the indication that man has found the answer to the problem of human existence: the productive realization of his potentialities…being one with the world and preserving the integrity of his self.”6 In his opinion, hedonism and philosophical approaches to pleasure fail to analyze the nature of pleasure sufficiently, endorsing easily obtained pleasures  when in fact true pleasure is “the most difficult task of man, the full development of his productiveness.”7 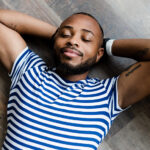 Fromm tells us that authentic pleasure also comes from two opposite sources: accomplishing a task or ‘gratification,’ and refraining from activity or rest. Regarding the latter he observes that an “important biological function of relaxation is that of regulating the rhythm of the organism which cannot always be active.”8 Fromm finishes on the means to happiness – agreeing with Spencer that  such means must be ethical, but stressing the equally important tenet that the means to happiness must not be transposed into  an end  in itself (e.g. the obsession to make money, not the acquisition of sufficient funds to permit a happy existence).

In short, for Fromm contentment is a state of well-being derived from: (1)  meeting authentic needs – specifically meaningful productivity, gratifying tasks, involvement in the world, self-respect, (2) ethical behavior, (3) avoidance of obsession on the means to happiness, and (4) a capacity for relaxedness. I would say this is an entirely reasonable position for the psychoanalyst turned philosopher.

2 Replies to “CONTENTMENT AND THE MEANINGFUL LIFE – PSYCHOLOGY – PART II”