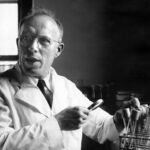 “Nature is like a great river of materials and forces that can be directed in this or that channel by human interventions. Such interventions are often needed because the natural channels are not necessarily the most desirable, either for the human species or the Earth. Nature often creates ecosystems which are inefficient, wasteful, or destructive. By using reason and knowledge, human beings can manipulate the raw stuff of nature and shape it into ecosystems that have qualities not found in the wilderness. They can give a fuller expression to many potentialities of the Earth by entering with it in a relationship of symbiotic mutualism.” – René Dubos, French-American microbiologist and environmentalist.1

In the last two posts we discussed mainly personal or individual benefits of cosmic purpose. Now we turn to external benefits of which there are two types: (1) those accruing to Nature and the Universe (the intended beneficiaries), and (2) incidental benefits for humanity. Let’s begin with the direct cosmic benefits. The first of these is the conservation of the diversity of natural species and environments for their thriving and unfettered evolution. Purpose is particularly clear for saving endangered species whose impending extinctions are human caused, for creation of nature reserves, and for efforts to reverse human pollution. Less philosophically defensible is wildlife rehabilitation for non-threatened species except perhaps those injured by human thoughtlessness. In other words, saving animals from perishing from natural causes may be seen as thwarting the workings of nature, though who among us does not feel a desire to help innocent creatures when it is in one’s power?

Also less clear is the place of wilderness management (for example animal population control) and habitat management (for example controlled forest fire setting). Here I fear that the aim to affect Nature’s ecosystems is oxymoronic by virtue of being artificial. We must be cautious in using human assessments of the value to Nature and other species of our manipulations no matter how well intended. 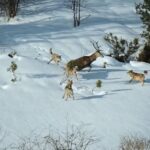 It seems to me we remain ethically safe by restricting our endeavors to those which mitigate problems of human origin. It is hubris to believe we have the right or knowledge to spare animals from what we see as suffering in a natural environment though it may be ethically justifiable to manage such systems (eg. deer populations) when the underlying cause is human effects on the environment (eg. elimination of natural predators).

No such concerns exist for the study and thwarting of human caused climate change. Whatever the current narrative, for the most part, Homo sapiens does not face an existential threat from climate change, but one need not have an advanced scientific degree to see that other animals and plants face such a risk. There may be no greater cosmic (or societal) purpose than battling climate change … except perhaps fighting nuclear arms proliferation and averting a global thermonuclear war – the ultimate threat to all life on Earth.