Similar analogies with societal purpose exist for cosmic purpose regarding a sense of control and the source of creativity resulting from commitment to one’s chosen profession, though control is less prominent when cosmic purpose is the end and creativity is more essential. The fourth personal benefit, consolidation of virtue, is perhaps more elusive – there seems little ethical significance to pure mathematics for instance. 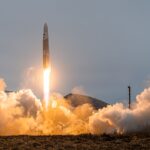 However protection of the environment and of innocent wildlife species entails virtue as we discussed at length in an earlier section.1 Contentment via cosmic purpose is a mixed bag; the pure scientist may be frustrated in the slow process of discovery, but the rocket scientist must feel tremendous satisfaction, even elation, in being a part of a successful launch.

Fulfillment and authenticity are at the two extremes of personal benefit in the case of cosmic purpose . Self-fulfillment obviously is so contingent on a level of success that this benefit is intricately tied to a focus on the success factors detailed in the earlier blogs. For the environmentalist who sees little progress, one must, like in the case of suffering, find meaning in the endurance of failure and feeling one’s efforts are worthy of the purpose one pursues. On the other hand, authenticity seems more assured; one simply does not choose one of the cosmic roles unless it seems to be the genuine purpose of one’s life, partly because of the difficulties involved, but also because of the intangible nature of the likely outcomes. For example, the choice to become a pure mathematician is made only when once recognizes it as the authentic role one should or must choose. This is much less likely to apply to the choice to become an attorney, physician, or educator. 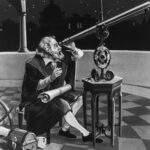 We end with legacy where cosmic purpose offers the ultimate form. Euclid’s book of geometry is one for all time. There is little chance that Galileo’s devotion to astronomy will ever be forgotten or considered inconsequential. His development of the working telescope and his demonstration of the sun-centered solar system are legacies that are eternal. Theodore Roosevelt’s initiation of the national park system is a legacy far greater than his work to end the Sino-Russian War even though it led to his Nobel Peace Prize or his support for the Panama Canal with its waning significance as ships become too large to navigate it. Immortality through legacy is one of the great draws of many cosmic purposes.