“… an actual change of the human world, the conquest of space or whatever we may wish to call it, is achieved only when manned space carriers are shot into the universe, so that man himself can go where up to now only human imagination and its power of abstraction, or human ingenuity and its power of fabrication, could reach.” – Hannah Arendt.

Having disentangled, at least in part, the difference between philosophical and scientific cosmology last time, we now examine the ethical issues for humanity in general and ourselves as individuals with respect to it. It seems there are two types – that of action and that of contemplation. Today and next time we will consider the various ethical nuances of activities at the level of the cosmos. These fall into four broad categories: (1) the study of the physical space, (2) the search for extra-terrestrial life especially intelligent life, (3) the exploration of space, and (4) the moral dilemma of application of societal resources for scientific advances versus immediate human needs. 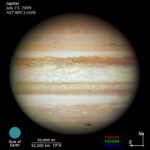 Detailed study of the physical universe is the arena of the trained scientist, an occupation seems to meet all the requirements of a virtuous activity as long as the scientist has integrity and shares his or her findings with the community at large. The amateur astronomer (‘citizen scientist’) can offer significant assistance to the specialist as for example in composite photographs of celestial bodies as seen on the NASA website (https://www.nasa.gov/mission_pages/chandra/multimedia/galaxy-quartet.html). Extra eyeballs aided by quality telescopes have identified new comets, nebulae, and at least twice seen celestial bodies slamming into Jupiter and leaving scars. For the less versed, the hobby of astronomy and purchase of a telescope or even binoculars literally ‘opens ones eyes’ to the magnificence of the heavens.

In two earlier posts I examined the philosophical implications of the ongoing search for life on other worlds.1 The ethical position seems to me to be this: we should seek truth when possible, and the truth about whether life on Earth is unique or not is an important one. 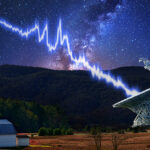 If intelligent life is found outside our solar system, it is incumbent on us to investigate it, learn from it, reach out to it, and prepare for future contact. If intelligence is a valuable development of the unfolding universe, as it appears to be, then inter-communication between intelligent life forms may potentiate that value. Alternatively if extra-terrestrial life and intelligence cannot be found, the utter importance of preserving terrestrial species in general and Homo sapiens in particular is heightened.