The third category of activity regarding the cosmos for ethical consideration is space exploration and colonization – what in the 1960s was called the ‘conquest of space.’ For more than 60 years since Sputnik 1 became the first artificial satellite to orbit the earth in 1957 there have been ongoing efforts to explore the solar system and send humans into space. The main ethical consideration is the desirability of human colonization of other worlds. 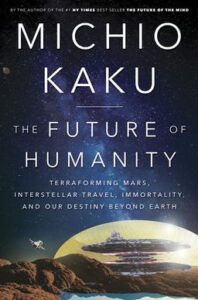 It appears inevitable that humans will expand beyond our home planet as a means to ease the pressure of population growth and stress on Earth or simply as adventure. Given the threats of nuclear war, climate change, and the like, Carl Sagan argued for our need to be a “two planet species.” Michio Kaku, a theoretical physicist, is bolder in his book, The Future of Humanity, naming the first chapter: Toward a Multiplanet Species.2 His case is condensed in an amusing epigram preceding this chapter by science fiction writer, Larry Niven: “The dinosaurs became extinct because they didn’t have a space program. And if we become extinct because we don’t have a space program, it’ll serve us right.”3

Peering back 50 years ago to the infancy of space exploration we find philosophical discussions already underway.  Harrison Brown, a physicist who worked on the atomic bomb project, 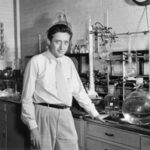 expresses what seems to me undeniable. “Those who are not stirred by the thought of man’s traveling to the planets are either devoid of curiosity or lack a sense of human destiny…Not to venture to the planets would be a negation of one of life’s most noble purposes –understanding ourselves and our origins.”5

Hannah Arendt focuses on the unlikelihood human space travel will extend beyond our solar system or perhaps immediately surrounding systems. Still she argues even this cannot be judged against external or logistic issues, rather only by whether it is ‘self-defeating.’  If the urge is based on curiosity, the need to understand, or the desire for greater human stature, the project may disappoint because (1) human examination of the cosmos is limited by our status as human observer and (2) future science like prior science will continue to diminish the place of man in the cosmos.5

Paul Tillich expresses some concerns: (1) space photos of Earth objectify it, (2) space exploration may alter the cosmic framework of religion, and (3) governmental  investment in  the space program propagate a scientific elite that may threaten democracy. Nonetheless he senses the findings of inevitable space exploration will affect “the meaning of life in all its dimensions.”6 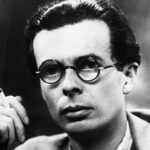 Aldous Huxley, a literary writer, conveys doubt as to the value planetary colonization would have on solving problems here on Earth just as European colonization of the Western Hemisphere failed to solve the problems of modern Europe. He doubts humanity is enhanced by attempts at ‘cosmic imperialism.’7

Herbert Muller, a 20th century historian, sees space exploration and colonization as potentially meaningful depending on our motives while calling attention to the fact that interest in space travel says something about the purposelessness many of us feel here on Earth. He also notes the poignant paradox that despite all men knowing they will die they still go on living as if they will not, pursuing goals that will outlast them- now to include the conquest of new worlds.8