“All our lauded technological progress – our very civilization – is like the axe in the hand of the pathological criminial.” – Albert Einstein.

So far in our analysis of the virtuous approach to science, we have looked at the ethics of the scientist in revealing the truths of the world and universe and at the ethical acceptance of this knowledge by the non-scientist especially in distinguishing valid science from pseudoscience. Today we arrive at the more perplexing dimension of the ethics involved in the use of science. 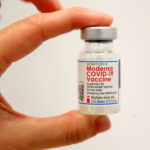 Clearly the compelling desire to know the truth of reality is a feature of human excellence or virtue. Moreover, many scientific discoveries offer tremendous benefits to our species in the production of food, the creation of shelter and creature comforts, reductions in suffering, maintenance of health and extension of lifespan. For the most part when science is developed and applied consistent with these aims in mind, the science is unquestionably a human good. Because purpose of this kind underpins science, I think it is unnecessary to belabor its virtuous use.

Instead it seems to me the more substantive issue which warrants exploring relates to the evil effects and uses of science. By ‘evil effects’ I mean unintended or collateral evils that occur as a result of or in spite of a benevolent use of science. An example is automobile engineering which permits greater mobility at the expense of environmental smog. Contrast this with ‘evil use’ which refers to employing scientific knowledge for intentional harm to others or to Nature. The archetypical example is the atomic bomb which required sophisticated research and design for the eventual purpose of killing hundreds of thousands of people in Hiroshima and Nagasaki.

In my essays, Causes of Evil,1 I identified six broad categories underlying evils of human origin – immaturity, accident, error, weakness, selfishness, and malice. Science of course is not an originator of evil, rather a tool by which these six forms of evil materialize. Let’s consider them in turn in specific relation to science. Immaturity I noted is responsible for mostly minor evil at the level of the individual, but in the arena of science, is more serious. 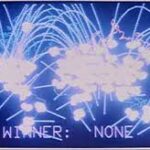 Our immaturity as a species has allowed us to ignore the environmental impacts of modern technology – thus the industrial revolution and population growth now threaten climate change and an irreversible decline of other species of life. Equally ominous is our adolescent concept of nationalism which has been used to justify nuclear arsenals capable of extinction of humanity itself.

Accidental evil effects of the use of science vary in their magnitude. On the low end are reversible side effects of drugs given to promote health. At the other end of the spectrum is evil that came from the advances in 16th and 17th century nautical science – transoceanic travel followed with the unintended transfer of small pox to indigenous peoples in the Western Hemisphere, decimating their populations. Evils due to erroneous understandings or judgments based on science include the faulty use of intelligence testing in justifying racial discrimination and the historical treatment of homosexuality as a disease.