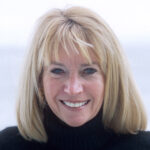 “Science is not a body of facts…science is a method for deciding whether what we choose to believe has a basis in the laws of nature or not.” – Marcia McNutt, Geophysicist.1

In the last part we investigated the virtuous approach to science by the lay person. We look now at the corollary – the misguided path of pseudoscience. Given the difficult process of a reasoned analysis of scientific observations and experiments, it should come as no surprise that misunderstandings occur by the less scientifically literate and that intentional deceptions are accepted by the unwary. Thus a creation museum can unabashedly depict the coexistence of dinosaurs and humans when basic school textbooks demonstrate how preposterous that idea is.

In his book, The Demon-Haunted World, Carl Sagan argues for the value of true science over the dangers of superstition and ignorance. He quotes Edmund Way Teale, “It is morally as bad not to care whether a thing is true or not, so long as it makes you feel good, as it is not to care how you got you money as long as you have got it.”2 Sagan goes on to say “it is far better to grasp the Universe as it really is than to persist in delusion no matter how satisfying and reassuring.”3 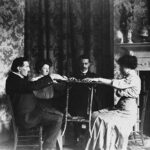 Pseudoscience, such as belief in UFOs, telepathy, and communication with the dead are often presented as following the methods of science, when in reality, they are contrived to appeal to our emotional needs. Sagan notes a linkage where pseudoscience is “embraced in exact proportion as real science is misunderstood.”4 Throughout his book he reiterates the dangers of pseudoscience and scientific ignorance in reducing health and life expectancy, waste of resources, danger to the Earth, even as threats to personal freedom.

J. Bronowski, in his book, Magic, Science, and Civilization offers another viewpoint. Science developed during the Renaissance once people ceased to believe in magic, which he defines as “the belief in a mysterious second logic of events which is different from the everyday logic of nature.”5 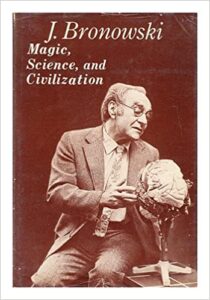 Modern pseudoscience is a form of magic whose proponents “try to command the world by some formula which is other than the truth.” But society cannot go backward; “it was an irreversible step in the cultural evolution of man.”6 In the end, Bronowski argues, magic and pseudoscience are wrong if what we seek is a “unitary sense of the human situation.” Only science offers a basis for a cultural environment where “the only plan we follow is the great unbounded, ethical plan of a set of values by which we direct our actions.”7 p. 88

In closing, true science, although more difficult, is the ethical position the lay person must adopt, while pseudoscience and superstition are evils that diminish our well-being, freedom, and society, and the course of humanity in fulfilling its role in the unfolding of the Universe. The meaning of our lives is lessened on multiple levels by a careless attitude towards science.

This brings us to the question of the ethical use of science, which is the subject of the next blog.