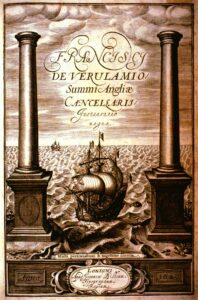 Having investigated what makes for virtue in the method of science last time, we move now to what makes for a virtuous attitude towards science by the lay person. The first philosopher who expounded on the modern scientific method was Francis Bacon, who in 1620 published his Novum Organum (in contradistinction to Aristotle’s Organum). In this work he identified four false ideas and methods which had handicapped human scientific progress: (1) Idols of the Tribe – emotional factors such as the human ideal of celestial bodies moving in circles, (2) Idols of the Cave – individual prejudices, (3) Idols of the Market Place – the loose use of language such as attributions of events to ‘fortune,’ and (4) Idols of the Theatre – philosophical speculation and dogmas, such as religion. Bacon predicted with uncanny accuracy that human progress and knowledge would rapidly advance only through a new approach of controlled observation and experimentation, tabulation, and inductive generalization – the very foundations of modern science.4 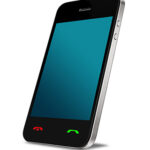 Nonetheless even today society seems to have a split personality with respect to science: utter reliance on its incredible usefulness on one side (such as the technology inside a cell phones or a microwave oven) and undue skepticism on the other (for example regarding evolution or climate change). Many people trust science only when confronted with the tangible; thus few doubt the value of aspirin or acetaminophen in relieving symptoms of influenza, but a large minority refuse the flu shot. 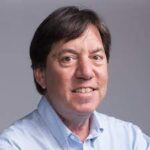 Joel Achenbach suggests the trouble is the human mind’s difficulty digesting randomness where our brains seek patterns which often can be deceptive. The same thing happens with scientists looking for specific outcomes or measurements, a type of error called ‘confirmation bias.’ We are also affected by our peers whose acceptance is transformed into emotions driving beliefs. Thus even scientifically literate persons tend to use their superior scientific knowledge to reinforce their beliefs rather than to test them. Intuitive error is a key factor as Dr. Andrew Shtulman has shown with studies on students advanced in science who he notes take longer to answer well known questions that counter intuition (for example, they answer more quickly that the moon orbits the earth than the earth orbits the sun).5

Scientists themselves are a factor in the problem. On the one hand their ardent political or even scientific advocacy tends to undermine their appearance of objectivity. On the other hand, frankly some experts express opinions under the rubric of science when there is insufficient data or experimental confirmation to back up their statements. Virtue regarding science for the lay person then is an attitude of objectivity in assessing scientific materials coupled with abstention from denial or disregard of unexpected, undesirable, or inconvenient evidence. It is a calculus based on a personal review of scientific data, studies, and methods and a careful judgment of the experts on whose opinion one relies.

Next time we will look at the other pitfall for the lay person– ‘pseudoscience.’ Join me then.