Last time we saw how science can become a mechanism of evil in three of the six general categories of human-caused evil, namely immaturity, accident, and error or poor judgement. Today we pick up the other three starting with human weakness. Weakness in this context includes intemperance, rashness, negligence, or cowardice. 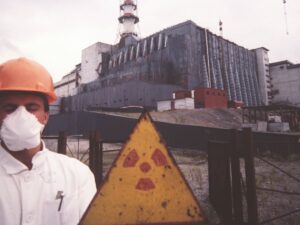 A gross example is the Chernobyl disaster which occurred in 1986 when a routine safety test was conducted 10 hours late, hence using an unprepared operating staff. The result was an avoidable explosion in the reactor core, 30 deaths, radiation exposure to the local population, and the need for an exclusion zone that forced the evacuation of 117,000 people.2

The fifth category is selfishness where a timely example is ransomware, computer viruses or worms developed to threaten a victim’s data or block access unless a ransom is paid. Whenever technology advances, there is likely to be the opportunity for unethical persons to commit theft, extortion, or other crimes. Last is the malicious use of science which hardly requires examples – consider poisonous gas or Nazi doctors. It is likely most science can be deployed intentionally for evil purposes by the imagination of the depraved.

This leaves the troublesome issue of whether science and more importantly technology are a net good or a net evil in the general sense. Contemporary scientific advances are occurring so rapidly and so permeate our lives that there is room to question whether the term ‘progress’ even applies. Does a cell phone in every hand lead to better quality of life? Do robotics threaten human employment and thus dignity? Can we really know whether gene modification is safe and cloning desirable? 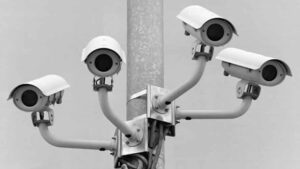 Is human freedom and privacy threatened by cameras on every corner and satellites monitoring all of planet earth? These questions and many others of this type are impossible to answer in a brief blog, but the principles we should follow are the same as in other areas of ethics. Two main rules apply: (1) there should be a net benefit over harm and (2) the individual should never be treated as a means, only as an end. A careful ethical analysis at the level of the individual and of society offer our only hope to remain agents of good in our ever changing world.