In our investigation of science as certainty, we arrive now at the complementary discipline of mathematics. If we accept the definition of science as “a branch of knowledge or study dealing with a body of facts or truths systematically arranged and showing the operation of general laws,”1 then mathematics appears to be the first science methodically uncovered by the ancients. This seems confirmed by the Webster definition of mathematics as “the systematic treatment of magnitude, relationships between figures and forms, and relations between quantities…”2 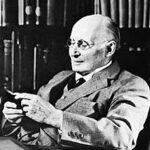 Alfred North Whitehead goes somewhat further in defining mathematics as “the science concerned with the logical deduction of consequences from the general premises of all reasoning,”3 though for our purposes we will use the use the stricter Webster definition.

In today’s blog we examine the certainty of mathematics while next time we will look at mathematics as a scientific tool. Grade school mathematics particularly addition and subtraction appear to be the pinnacle of unquestionable truth, but remain difficult to prove philosophically. The analytic philosophers in the early 19th century worked tirelessly at demonstrating that mathematics could be validated using only rigorous logic. However this  effort proved hopeless once Kurt Godel developed his ‘incompleteness theorem’ showing that any system that proves all true statements, also permits paradoxes that make no sense (such as “this sentence is false”), whereas any tinkering to the system to eliminate paradoxes results in some true statements no longer being demonstrable. 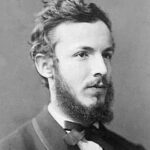 Meanwhile Gregor Cantor demonstrated that rules of infinity broke basic rules of mathematics, effectively proving that two unequal numbers can be equal. By mapping infinite series such as all integers, against all even numbers, he showed that while there are clearly more integers than even numbers, there are in fact an infinite number in each series. .

Other fields in mathematics also show areas of concern. Euclidean geometry looks ironclad, but  late 19th century mathematicians discovered non-Euclidean forms of geometry that were equally coherent, but gave different results (consider a triangle projected on a sphere versus a plane). Worse yet, some  scientists argue Euclidean geometry is not verifiable in the real world at all.

Chaos theory shows that unpredictable results or non-linearity occur in complex mathematical systems, thus undermining the presumption that all mathematic relations are absolute. In fact unpredictability is predictable in such systems, which appears inconsistent with our usual understanding of mathematics.

Also troublesome is meta-mathematics; which questions what numbers are (Platonic, self-existing, ideas vs. formalistic or logic-based entities) and the sublime question of whether mathematics is discovered or invented by the human mind (Einstein believed the latter). Such fundamental questions do not diminish the practical nature of mathematics, but do subvert our trust in its absolute certainty. 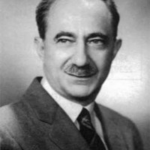 As Morris Kline wrote in The Loss of Certainty in 1980, “It behooves us therefore to learn why, despite its uncertain foundations and despite the conflicting theories of mathematicians, mathematics has proved to be so incredibly effective.”4