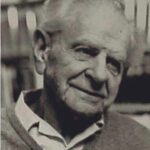 “In our infinite ignorance, we are all equal.” – Karl Popper.

As natural philosophy separated from the rest of philosophy in the 17th and 18th century, it came to be known as science. This led to a continental drift in philosophy by the 19th century when logical positivism appeared most famously in the thinking of Auguste Comte. Positivism asserts that rationally justifiable statements can always be scientifically verified or are capable of logical or mathematic proof; hence rejecting metaphysics and most other branches of philosophy basically as meaningless. 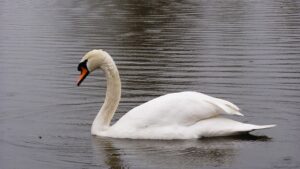 The crux of the positivist position is that meaningful statements in general can be demonstrated by empirical means, that is, they are verifiable. Thus the statement, “all swans are white” is meaningful since this can be verified by simply looking at swans, while the statement “reality is one” cannot be verified by experience making it meaningless. A powerful corpus of positivist philosophy followed  by thinkers like Bertrand Russell, Ludwig Wittgenstein, and A. J. Ayers all directed at the thesis that metaphysical statements and theology are effectively non-sensical. Since there is no way to test the existence of God, the affirmation of the divine is, by this thinking makes no sense.

The ensuing debate is complicated and impossible to summarize, but at a minimum, verification theory appears to be flawed as science is limited to a finite number of observations, measurements, or experiments “confirming” any hypothesis. Thus scientific theories can never in fact be verified and arguably become nonsense by this definition as well. Albert Einstein challenges verification theory on the basis that geometry itself cannot be verified in the real world, effectively leading to an a reductio counterproof.1

Karl Popper who claims to be a strong believer in science, but is skeptical of its certainty, argues the more rational approach is falsification. Basically no matter how many times observation, measurement, or experiment supports a theory, one instance of discordance disproves it. For example, the theory that all swans are white cannot be proven by looking at any number of white swans, but can be refuted by finding one black swan. 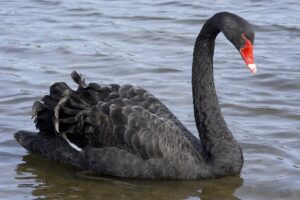 He feels scientific theories should not be presented as certainty, but only as more or less likely. For instance he challenges the big bang theory of the origin of the universe (now accepted as fact by most cosmologists) based on the significant problems with the theory.  However falsification has flaws as well since it assumes verifiability of the falsifying fact. That would not be possible if we modify the earlier statement to “most swans are white.”

It is not my intent in this brief essay to argue that science is defective; in fact I do believe most accepted scientific theories are highly probable, even justify the presumption of truth. Rather I believe we must factor in the possibility of human error in our understanding of nature as integral to the procedures we use in science and mitigate for that potential error. In the synopsis of this topic we will come back to the limits of verification and the ceiling falsification places on scientific doctrines.