Last time I noted there are ten fundamental assumptions underlying the seemingly ironclad truth of science, and I discussed the first five: empiricism, material monism, mathematics, the uniformity of nature, and causality.  The sixth is universal applicability, meaning science as a method is assumed to apply to all of nature and even to the human realm. Therefore science is considered the best means not only to study the earlier history of the universe but also the very existence of it. Likewise not only can human behavior be categorized scientifically, but subjective reasoning and consciousness also can (or will) be explained, even predicted. Some scientists argue that humans lack free will and that all human action in theory can be explained through material causation. Others contend that ethics, happiness, and human meaning can be elucidated using scientific techniques.

Next is the axiom that human reasoning in general and the experimental method specifically are valid in the interpretation of data and informing reality. Demonstration of the reliability of human reasoning is necessarily circular as it must be used to justify itself. The scientific method – hypothesis, experiment, measurement, confirmation – seems rational, but is itself confirmed only by repetition of the method since further demonstration is indirect, for example by validity of prediction or application. 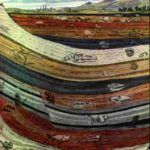 Thus for example, paleontology relies on theories such as carbon dating or the increasing age of deeper sedimentary layers which in turn depend on the indefeasibility of the logic behind these methods. Alternatively, science insists on the corollary that no text or teaching is inviolate; all must stand up to ongoing scrutiny.

The eighth assumption is that each field of science interconnects with the others. For instance, the quarks of the physicist become the elements and molecules of the chemist which in turn make up the organic matter of living things. The implication is that instinct, love, and human creativity, for example, can be explained by mere chemical structure and reactions.

The ninth assumption is that most physical processes can be distilled down to a limited number of scientific laws. Laws of mechanics, wave and field theory, relativity, and string theory are the progressively inscrutable explanations for common experience like the growth of an oak from an acorn or human romanticism around the full moon. 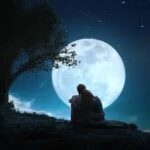 Science embraces Occam’s razor, the theory that the least complex explanation is most likely. As a result, additional inferences are made such as the prediction of a ‘theory of everything’ and the seemingly irrational theory that everything material ultimately came from nothing.

Last is utterly critical – the denial of the supernatural. If any events in the universe occur outside of natural law, then all natural laws become suspect as either wrong, unprovable, or local. In science, the explanation of any event must not require something outside of the sensible universe. Thus ESP, ghosts, souls, miracles, and God cannot be implicated or acknowledged as they cause the scientific matrix to unravel.

Of course there is significant overlap among these ten fundamental assumptions that underpin science. But it seems science has developed not as coherent truth, but as a modern form of foundationalism. We will return to this in the synopsis of science as certainty, but first we need to explore falsification and verification challenges to scientific certitude.