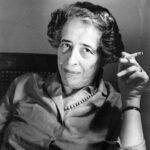 “What science and the quest for knowledge are after is irrefutable truth; that is, propositions that human beings are not free to reject – that are compelling. They are of two kinds, as we have known since Leibniz: truths of reasoning and truths of fact.” – Hannah Arendt.

Science, I observed last time, is the paradigm of a system of coherence, but also fits as well as any other system the two other concepts of truth – correspondence (to reality) and pragmatic (instrumentality). Today we delve further into the question of whether science can claim certainty by investigating its ten foundational principles:

9.   Refinement into a limited (or singular) underlying laws.

10. The non-existence of the supernatural.

Again I would like critique these individually, starting with empiricism. While all of these basic assumptions are necessary for its coherence, science requires one to accept that the human experience of nature and of natural and experimental events is the only legitimate basis for evaluating reality. This is the sine qua non of all science and the greatest lesson of Galileo. If it turns out our senses in fact fail to examine the physical world, then science is at worst simple conjecture and at best only an explanation of human phenomenologic experience, but by no means correspondence with reality.

The second axiom of science is material monism, the belief that there is no separate nonmaterial existence. For instance consciousness is only a manifestation of organic brain activity. The great metaphysical question of the existence of the human soul is dispensed with by simple denial. Some scientists may be dualists, but even they tend to accept science alone describes physical reality.

Third is the validity of mathematics especially in its application to systematic observations yielding for example, Newton’s “force equals mass x acceleration” or Einstein’s “e=mc2.” The axiomatic truth of mathematics applies to all measurements in scientific research and underpins the statistics essential to most scientific conclusions. 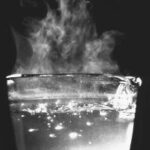 Fourth is the presumption of a uniformity in nature. By this the scientist asserts that what applied in the past will apply in the future and what is true in one place is true everywhere else under the same conditions. Thus the boiling temperature of water is the same today as it was one thousand years ago and as it will be in one thousand years and stars in other galaxies act in the same way as stars in our galaxy. From this uniformity, a limited number of measurements can be projected on to nature itself, allowing the induction of scientific laws.

Fifth is causality – the belief that preceding events cause later events and no event is uncaused. If sequential measurements show the earth’s average temperature is rising, there must be a reason; we cannot say this rise is instantiated in the universe itself. While apparently self-evident, Hume argued this belief may be merely a trick of the human mind and that causality cannot be demonstrated beyond question.