Last time I introduced the idea of foundationalism and ended on Descartes’ most basic truths found by a thought experiment of complete doubt of long held beliefs. To some extent the next three centuries of philosophy offered responses to his method and conclusions. None seemed to deny the truth of the Cogito, ergo sum, though Thomas Reid chided his colleagues that only a philosopher would feel it necessary to prove his own existence. However there was strong disagreement about this dualism of separate mind and body, skepticism about his ontological proof of God, and challenges to the reliability of the senses. 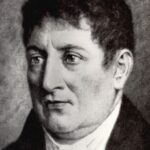 Nonetheless, the foundationalist quest continued. Roger Scruton offers the example of  J.G. Fichte who thought philosophy must discover the ‘absolute unconditioned first principle of human knowledge.’ By taking Descartes’ first truth that “I am” and adding the law of identity (A=A), he derived I = I, a supposed bedrock truth. “All knowledge begins with self-knowledge, and the self is the center of the world.” This self is transcendental or subjective, not the object of knowledge, while everything else is non-self. The implications of self as subject transferring all no-self to object is fundamental to later German philosophy, but it too is repudiated, in this case by Schopenhauer who called it sham philosophy.3

If Descartes’ and successor attempts failed, there was still one paradigm of foundationalism- mathematics. That is until the late 19th century, when holes began to appear in its presumptive certainty.4 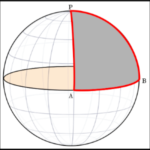 It started with non-Euclidean geometry that undermined space and shape; for example the angles of a triangle projected onto a sphere do not add up to 180 degrees. Then George Cantor displaced the reliability of numbers from their pedestal with his studies on infinity showing “there are an infinite set of infinite numbers and these obey different rules than finite numbers” – so if you add the infinite set of rational numbers between 0 and 1 and the infinite set of irrational numbers between 0 and 1, you end up with a larger infinity! 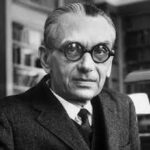 Kurt Gödel followed with his proof that we can never establish a complete set of rules for arithmetic and that any system of logic will invariably lead to unresolvable paradoxes equivalent to sentences such as  “This sentence is false” where, if false, it must be true; but if true, it must be false. Strengthening the rules to eliminate these paradoxes then leads to true sentences that cannot be proved.

For the moment, it seems philosophy has failed to provide a bedrock foundation for truth and knowledge. If mathematics and pure thought experiments like that of Descartes are refutable, then there seems little expectation we will ever find absolute certainty. This of course leaves us with knowledge of limited certainty, but perhaps meeting Adler’s criterion, ‘beyond a reasonable doubt’ – enter now skepticism which challenges whether we can know anything at all, and is the subject of my next blog.

1Belief, that happens to be correct, in the absence of evidence, is not knowledge but mere opinion.

2Several of the pre-Socratic Greek philosophers attempted to identify the fundamental nature of the cosmos. Thales postulated the “basic stuff” was water, Anaximander called it the ‘limitless,’ and Anaximenes thought it was air (these three are known as the Milesians). Pythagoras thought underlying reality was number, and Heraclitus fire. Each would justify his belief and derive the visible universe from his originating element.