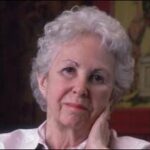 “Young or old, skepticism about conventional wisdom can give way all too early to a relapse into credulity before the allurements of new certainties.” – Elizabeth Janeway, 20th century author and critic.

Last time we saw how the philosophical project of foundationalism failed after millennia of thoughtful efforts. Now we look at the opposite stance, skepticism, the belief that certain knowledge is unattainable. Its root is the ancient Greek word, skeptikoi, meaning ‘inquirers’ or ‘investigators.’1 In the Hellenic world dominated by two systems of philosophy – Stoicism and Epicureanism – Pyrrho of Elis, the founder of skepticism2, offered no system or method, only an agoge or way of living, based on indifference to philosophical dogmatism and fanaticism, tranquil moderation, and utter apathy towards objects,  pleasures, and dangers (tradition says his students had to watch over him when he walked to keep him from falling off a ledge or being run over by a cart). His movement, initially called Pyrrhonism, eventually became known as skepticism because of the constant inquiry of his successors, not just for truth, but even as to whether truth is possible.3 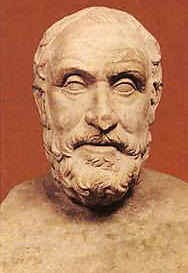 Early skepticism was a novel solution to the ancient Greek quest for eudaimonia, meaning “happiness in the conduct of life,” and ataraxia or untroubledness.4 Skepticism sought peace in a life free of metaphysical  speculation, and in an embrace of the ‘Practical Criterion of the Skeptics,’ which states one should follow “the guidance of nature, the compulsion of the feelings, the traditions of laws and customs, and the instructions of the arts.”5

Radical doubt appears in later proponents such as Arcesilaus. He was the first to use the word epoche for the suspension of judgment in skeptical argumentation, and is reputed to have said: “Nothing is certain, not even that.” Greek skepticism lasted five hundred years until its final formulation by Sextus Empiricus, a physician in Rome during the second and third centuries C.E. At that point the emphasis turned back from doubt to inquiry, consistent with the need for the phenomenal facts of nature for the practice of medicine.6

Skepticism reappeared in later philosophy, most notably with David Hume who unabashedly refutes longstanding proofs for the existence of God and challenges the fundamental notion of induction (essential to science). In the latter case, he argues alleged causes cannot be demonstrated to induce effects, rather this relationship is assumed by our repeated experience of their conjunction.  No number of confirmatory past experiences guarantees future events (for instance, water in nature is always liquid to those living at the equator until they travel to a cold climate). There are other later skeptics, the most notable being Montaigne, Wittgenstein, and Derrida.

For our purposes, there are two basic forms of skepticism: radical and mitigated. Radical or extreme skepticism challenges all knowledge saying nothing is true or false. No matter what evidence is offered, the radical skeptic simply rejects it, often offering unlikely alternatives. The result is destructive and impractical, except that it may serve to remind us that all philosophy and wisdom is tinged with unavoidable doubt.