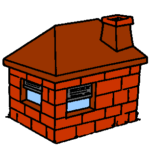 “I have arrived at the rock bottom of my convictions. And one might almost say that these foundation-walls are  carried by the whole house.” – Ludwig Wittgenstein, On Certainty.

Now that we have thought through some of the intricacies of certainty and truth in their objective and subjective dimensions, we are ready to take on the two extreme philosophical positions in this area: foundationalism – the quest for unquestionable basic truths that can be parleyed via logic into a rigorous system of truth; and skepticism – the belief that nothing, (or extremely little) can be known with certainty. Today we will address the former.

Knowledge is often defined by philosophers as belief justified by evidence.1 However each piece of evidence must itself be justified by other evidence creating a chain which backs up to an axiom, or unsupported  truth. Such axioms are supposedly unquestionable or self-evident; and thus constitute the putative foundation of knowledge.

Foundationalism is descriptive word rather than a movement, and hence there is no accepted history. John Dewey seems to feel that early human societies felt so vulnerable to forces in nature they did not understand that they defaulted to deity, superstition, and prayer. In that environment, God emerged as both absolute reality and the source of divine knowledge inaccessible to humanity. 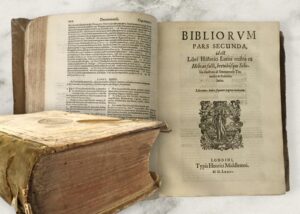 Scripture, the purported ‘word of God’ revealed certain truths. Meanwhile more secular societies such as the Greeks and the Chinese sought foundations of knowledge in simplistic understandings of nature2, but also pure logic, and mathematics. This search for ultimate reality resulted in a misleading distinction between theory and practice and a dichotomy between the spiritual/intellectual and the material/practical realms. In brief, the premature quest for a foundation of knowledge actually slowed humanity’s advancement.

Rene Descartes appears to be the first modern thinker to depart from this tradition when he decides to doubt every belief he has ever had and identify the most fundamental truths possible. His path leads him to the following four indubitable truths: (1) “I think, therefore I am,” 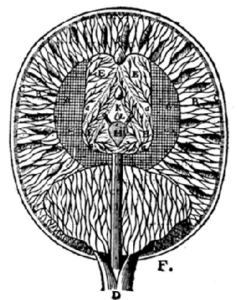 (2) mind is distinct from body (one can imagine oneself without a body, but not without a mind), (3) God exists (the idea of God and perfection must originate from God, not from an imperfect and finite being), and (4) God, as a perfect being, would not create us with senses that deceive us about the existence of the world. These principles are usually seen as the first specific instance of foundationalism.