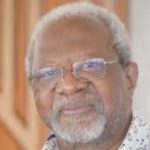 “Philosophy not only exists within history, like a substance in a container, but is itself a second-order history borne by empirical history, a productive process (producing something as yet undefined) a progress. In this sense philosophy does not have a history; structurally, it is history itself.” – Paulin J. Hountondji.1

After the introduction to the subject of the traditional but erroneous concept of African philosophy as ethnophilosophy, Hountondji formulates his arguments for an authentic African philosophy through three essays prepared in 1969, 1970, and 1973. Be prepared for some fascinating reading!

He starts by telling us what philosophy is not: cultural anthropology, mythology, folklorism, oral literature, poetry, stories, a collective worldview, popular notions, proverbs, or even traditional wisdom. Rather philosophy is a discipline or a science, like algebra or linguistics, based on hypotheses and theories. It derives from the confrontation between individual thoughts through free and open discussion and debate. It is an intellectual effort to know, understand, and think out doctrines.

For Hountondji, philosophy is always in a sense a metaphilosophy2,3 developed by reflecting on its history with new thinkers feeding on the doctrines of their predecessors (and contemporaries). In the case of African philosophy, he feels it is best when directed to an African public, although it can include debates on Western philosophy.

1)   Philosophy is not a system, but a history.

2)   It moves forward by leaps and bounds, or revolutions.

3)   African philosophy may today (June 1973?) be going through its first mutation.

By the first point, he means that philosophy is not a finished system of absolute truth, but a historical dialectic. But that history is discontinuous, a zigzag, often shifting suddenly through revolutionary thinking. His examples of revolutions in Western philosophy include Descartes’ revolt against Scholasticism, Kant’s critique of existing dogmatism in response to Hume’s skepticism, and Marx’s materialism as revolt against Hegel’s idealism. However Hountondji adopts Louis Althusser’s theory that philosophical revolutions follow scientific revolutions, and as such philosophical discourse must be modeled on scientific discourse.

Now science depends on writing, the recording of discovery. Here we find the linchpin of authentic philosophy. Oral traditions demand preservation via repetition often leading to dogmatism; written documents do the remembering, and instead questioning and rebuttal are encouraged. Philosophy then must be based on written documents in order to enable criticism and debate. This also answers the question as to whether philosophical fragments from the oral tradition can be authentic – the answer is yes, but the process begins at the precise moment of transcription. Nonetheless above all “African philosophy is inseparable from African science.”5

His third point is the utterly critical one; at last we see the direction Hountondji is taking. African philosophy is emerging from its Western ethnophilosophical fog, and his generation of philosophers, being the first, will initiate and define African philosophy. They will be the Platos, Aristotles, Zenos, and Epicuruses of the first authentic African philosophy. Imagine the excitement he and his colleagues feel as, integral parts of, in his own beautiful words, “that groping, endless history, that unquiet, forever incomplete quest we call philosophy”6

Our next and final post on Hountondji will look at his analysis of two major African philosophical works.

3Metaphilosophy is the philosophy of philosophy, essentially the attempt to answer the question: “What is philosophy?”  See Honderich, Ted, The Oxford Guide to Philosophy. Oxford University Press, 2005. ISBN 978-0-19-534093-8 page 589.