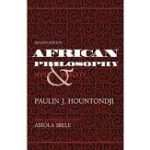 “…Bantu ‘philosophy’ is shown to be a myth. To destroy the myth once and for all, and to clear our conceptual ground for a genuine theoretical discourse – these are the tasks now awaiting African philosophers and scientists.” – Paulin J. Hountondji.2

In my search through the philosophy section of my local used book store I came upon this book with its intriguing title. Mr. Hountondji is (or was) Professor of Philosophy at the National University of Benin, Cotonou and former Minister of Culture and Communication and Special Advisor to the Head of State of Benin, a small former French colony and then Marxist state, now a republic in western Africa. He was a visiting professor at our local university in 2008. The edition in my possession is part of a series called  African Systems of Thought.

In the preface, Hountondji sets down his perspective. First he follows Plato in that philosophy is the study of episteme (truth) not doxa (opinion). Philosophy cannot be inferred from culture and linguistics, so-called ethnophilosophy. Rather he defines African philosophy as literary works written by Africans and self-identified as philosophy. He also resists the idea of absorbing philosophy into politics.

A bit of history is instructive here. The science of anthropology arose in the 19th century against the backdrop of European colonialism and missionary work in Africa and elsewhere. In the traditional Western view, Africans were seen as ‘primitives’ and thought to have contributed very little to human ideas and civilization. By the 1920s, there was a movement to pluralism and relativism, and an attempt to revise the Western understanding of African philosophy. The main problem was the lack of written texts;  researchers were forced to extract philosophy from African culture and linguistics. Placide Tempels, a Belgian missionary, published his very influential book, Bantu Philosophy, in 1945. In it he distills from his observations the following: 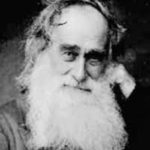 “I believe that we should most faithfully render Bantu thought in the European language by saying that the Bantu speak, act, live as if, for them, beings were forces. Force is not for them an adventitious, accidental reality. Force is even more than a necessary attribute of beings: Force is the nature of being, force is being, being is force.”3

This seems, to me, incredibly powerful, and even complementary to the philosophy of Schopenauer (will) and Nietzsche (the will to power), but Hountondji and other Africans debunk it as mere European projection, especially as a means to enhance Christianization of Africans. Nonetheless later European and African intellectuals (such as Leopold Sengher, Alexis Kagame, and even Hountondji himself) expand on Tempel’s formulation or expend a great deal of energy on its refutation. Left unresolved is the question of the place for an alternate dynamic ontology of being as force in contrast to the classical Aristotelian static ontology of being as substance.

However, at the end of the day, I deeply respect the intellectual ideal that  all people develop their own philosophy through dialectic. We pick up with Hountondji’s arguments for an authentic African philosophy next time.