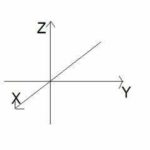 Dimensionality is another area where we are impaired. We experience reality in four dimensions (three spatial plus time). Stephen Hawking argues the anthropic view that two spatial dimensions would not allow life as we know it while more than three would lead to an intensity of gravity incompatible with our cosmos and with atomic structure, but still entertains up to 22 more dimensions (the others presumably very small) for the viability of string theory.3  While I lack the proficiency to argue the mathematics, I wonder if such an inconsistency reveals the deep imperfections of man’s knowledge of reality.

However the greatest concern I have for human limitations is our reasoning process and our tools of science and mathematics. It does not appear that we can identify an objective or outside means to confirm the correctness of our tendency to look for patterns and to ascribe laws to the universe. Our seemingly best verification is the accuracy of our predictions and the success of the deployment of our reasoning as for example in our ability to land men on the moon. 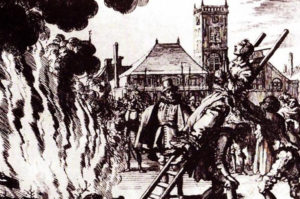 But I am haunted by humanity’s history of errors in reasoning such as: the near unanimous belief that man was created uniquely and distinct from other animals, misjudgment on the length of cosmic history, Ptolemaic astronomy, alchemy, physican use of bleeding to cure the ill, persecution of so-called “witches,” the classification of homosexuality as a mental disease until quite recently, and even contemporary people’s belief in astrology and UFOs. We can only guess what future men or alien life will think of our current “advanced” knowledge.

Science is an immensely useful tool for understanding reality, but is, for most of us, based on trust (faith?) in experts who themselves are influenced by the paradigms of their time as revealed  by Thomas Kuhn,4 and which nowadays is often politicized and occasionally even falsified. Scientists develop tools and follow methods to enhance their understanding of what is already known or to look for what they anticipate – which limits finding the novel and unexpected. Mathematics is less suspect, but complex theories like the universe appearing de novo from a quantum flux appear to require axioms, often unstated and likely dubious.

In summary, metaphysical bias and assumptions and the limit on human senses, cognition, and science make the question of whether the universe is entirely or partially the result of design impenetrable despite the fact that a teleology of reality is crucial in determining whether it is meaningful and whether human life is meaningful. Perhaps we should circle back to the concept of ‘meaning’ which is the subject of the next blog.