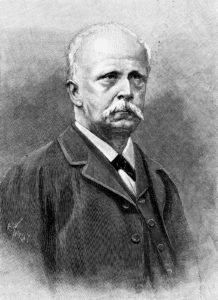 “Just as a physicist has to examine the telescope and galvanometer with which he is working; has to get a clear conception of what he can attain with them, and how they may deceive him; so, too, it seemed to me necessary to investigate likewise the capabilities of our power of thought.”  – Hermann von Helmholtz

Human generated error in understanding reality includes not only metaphysical bias and uncertain assumptions, but also human limitations on several levels. The first of these is the limits in human intelligence related to the limited size of the human brain. Recall that brain size in primates increased over millions of years reaching its zenith with Homo sapiens (and neandertalis). For example, the cranial capacity of a chimpanzee is approximately 400 cc. while that of modern man is about 1300 cc. Brain tissue is very expensive consuming large amounts of energy which may factor in man’s migration to meat eating as meat provides more calories than vegetable matter per given weight. But natural selection limits bodily features that increase energy expenditure to that strictly necessary for survival to reproduce. In fact there has been some debate on why the human brain enlarged to its present size as discussed in a former blog.1 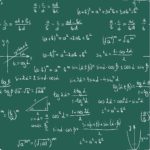 It seems unlikely survival to reproduce requires a brain able to invent calculus, understand cosmology, create an atomic bomb, or send a man to the moon.  Putting aside speculation on whether a brain of this sophistication implies an intelligent creator, we must still recognize the limits of the human brain to discern every detail of how the universe works or why there is a universe at all. At some point, admitting this limit may lead us to conclude we simply are not be able to determine the origin of the universe or whether it was designed. More importantly once we concede any limit, then the magnitude of our ignorance is itself unlimited. 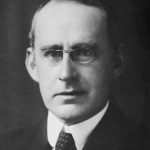 Similarly, we understand the world only within the realm of our five senses. Just as it is nearly impossible for someone born blind to understand sight and color or to someone born deaf, sound and music, we simply cannot comprehend the data of senses we lack which may be possible or even exist elsewhere. As Sir Arthur Eddington says, “So far as the broader characteristics are concerned, we see in Nature what we look for or are equipped to look for.”2 Even those senses we have are limited – consider the greater range of hearing and smell of a dog compared to a man. Tools such as the microscope or telescope expand our ability to process a greater range of a sense, but it is impossible to know whether they cover the majority or minority of what our biological sense organs miss.