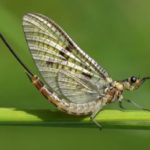 Moreover we consider our experience of the flow of time as absolute and its speed as statutory. But in fact, even in our realm, time flow varies dramatically from the rapidity of a chemical reaction or the brief life of an adult mayfly (one day) to the longevity of the California Bristlecone pine (5000 years) or the drifting of continents. Our entire lives would appear to be fleeting or “speeded up” to the pine (1/60th of its lifetime), but like immortality or immensely slow to the mayfly (25,000 of its lifespans). 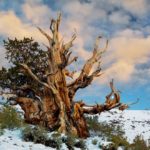 The 13.9 billion year age of the universe is an unimaginable length of time to us, but is infinitesimal on the cosmic scale we discussed in earlier blogs about the five ages of the unverse.2 And the limit of temporal brevity may compress to significantly less than the time required for the hydrogen electron to complete one orbit of its proton (10-15 seconds).

Similarly humans experience the world as one of constant change, but philosophers have argued this is an illusion. For instance Parmenides argued multiplicity and change in the universe are impossible, while Zeno of Elea demonstrated the illogic of movement using the paradoxes of an arrow in flight and Achilles chasing a tortoise (both unconvincingly however). By their reasoning, the totality of ‘events’ in space-time is analogous to a movie reel wherein the cosmos is final and our experience of reality is just the disclosure of a limited number of frames which we interpret as motion and change. 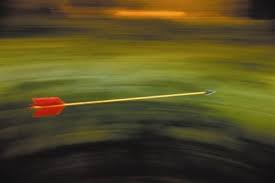 Cause and effect may also be human constructs, as Hume noted, the result of our experience of constant conjunction of two events, A and B. No property “causation” can be proven, only that when A occurs B follows. In fact causation does not even demand A precede B as they can occur simultaneously (the running of the engine and the movement of the car). Humans cannot conceive of an effect preceding a cause, but it is unclear that physics requires this.

Last our knowledge of volition or will and of consciousness may simply be the parochial understanding of a very limited creature. Volition and intention may be possible outside of biological nerve impulses and skeletal muscle and consciousness may not require a brain but may be possible with inorganic structures such as those postulated in the earlier post on the destiny of the universe.2 Still other scientists and philosophers speculate that our reality is computer generated using highly complex software, a virtual reality we confuse as truly real.

So we find ourselves in a predicament, our metaphysical assumptions and viewpoint are parochial and may distort our analysis of teleology. Next we will examine our physical and mental limitations before we can pull together our conclusions about teleology and meaning in the universe.