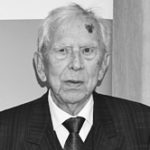 “…we constantly carry around within us a metaphysics according to which statements of physics must describe, in some way or other, an intrinsically existing reality. From this it then follows that neither basic statements nor natural laws express straightforward facts in any sense at all; rather they are codetermined by spontaneous decisions.” – Kurt Hübner.1

Now we pick up with the metaphysical biases or axioms that underlie man’s understanding of reality. The first is the dichotomy of the material and the immaterial as manifest in the mind-body problem. For some reason man inexorably attributes to reality only two natures, the physical and the mental or ideal. We are so trapped in this thinking that we quibble over whether reality is simply material or immaterial (monism) or both (dualism), not on whether the premise itself is correct. Spinoza seems to recognize other natures may exist when he reworks reality as substance (God) with infinite attributes, of which only two are known to man: extension (material) and thought (immaterial). He does not offer others for our consideration nor is it clear we can have access to them, although I might propose a few – divinity, negation/nothingness, or perhaps dark matter/energy. Regardless modern science and philosophy remain limited to a binary view of reality. 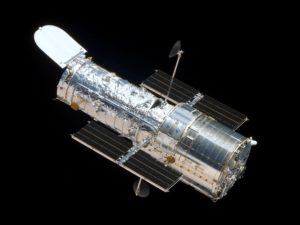 The second bias man brings to thinking about reality is narrowness of size. Historically man’s concept of the size of physical reality has grown from a smaller but more consequential Earth in a cosmos with the sun and planets in celestial spheres projected against a ceiling of stars to the inconceivably large universe revealed by the Hubble telescope and finally to a hypothetical colossus – the multiverse. However there is no intrinsic reason to stop there; multiverses could be discontinuous and multiple; ours may simply be the equivalent of an atom in a still larger structure. At the other end of the spectrum there is no fundamental rationale to assume the smallest units of matter are quarks or even strings of energy. It may simply be the case that an organism our size is unable to fathom increasingly small divisions of matter.

Time offers similar challenges and paradoxes. We experience time as sequence – one clock tick following another or the repetitive rising and setting of the sun. Einstein showed with his thought experiments and mathematics that in fact time is interwoven with space and relative to the observer. There is no such thing as simultaneity in the universe, even at the level of our individual existence although we are unable to detect differentials in time inside the human sphere. For instance the words of a speaker do not actually occur at precisely the same time for him as for the listener.