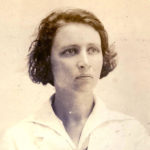 “Consciousness is not an entity at all, let alone a special cybernetic mechanism. It is a condition built up of mental acts of a particular life episode…”– Susanne K. Langer

After animal consciousness we come to a discussion of perhaps the most unexpected of all of Nature’s products: human consciousness. Here we face two puzzles: (1) the sheer size and capabilities of the human brain, and (2) reflexive or self-consciousness. The teleological question can be thus formulated:  why would unguided natural selection lead to an animal with an over-sized brain and reflexive consciousness? Alternatively if human traits are simply the result of the need for survival, why does the human brain allow so much superfluous mental function? At first glance the question appears rhetorical, and no answer can be proven, but philosophically we must identify a theoretical explanation or default to design.

Let’s begin with the size and abilities of the human brain. Darwin considers this question and suggests that the mental constitution of man requires very little which has no precursor or analogue in animal brains. He considers several factors responsible for the  difference in brain size including  adoption of erect posture, the adaptation of the hand, and the change from frugivorous to  animal diet. But Robert Briffault, a later anthropologist, feels this is too simplistic. He thinks the gap between animal and human cognition is too wide: not a mere matter of difference in degree, but in kind – especially the human use of conceptual thought. In his opinion the human mind is in part a social product, and conceptual thought derives from the development of language, itself initiated to express emotions and sentiments. Since the period of dependency of human infants is longer in man than other mammals and other primates, the individual is permanently a member of a solitary social group. The conclusion is paradoxical, immaturity at birth and retarded growth relative to other species results in greater brain development and intelligence in humans.1 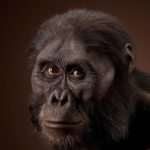 Ernest Becker augments this thesis noting mammals, unlike reptiles, introduced into evolution the mother-child relationship whereby the young start life helplessly dependent (infantilization). This allows greater growth and maturation of the brain after birth, time for learning, and increased sensitivity to others of the same species. Becker sees the divergence at the australopithecines (man-apes) who had many human features (loss of large canines and upright posture for instance) but brains less than half of modern man’s. The critical point for Becker is that the large human brain is a rather late development. It appears to be an outgrowth of the preference for meat – starting with the early production of tools and expanding to organizational skills for living peacefully in order to hunt in groups.1

The success of human tribes requires sharing of food and fair access to reproduction and sex. The complexity of living within a human hunting group includes large variations in the maturity and social status of members, the need for a high level of sensitivity to other individuals, and careful assessment of sexual interest and availability (menstrual rather than estrous female cycles) requires enhanced reasoning and understanding –  which selected for a larger brain.2