Last time we looked at the disproportionately large human brain and found natural selection may have favored it in the complex human hunting groups essential for a meat-eating primate. Social skill rather than physical survival became the operative dynamic in passing one’s genes to future generations. This was the trigger for the quantum leap humanity made from biologic to social evolution (Richard Leakey’s fourth great biological revolution). 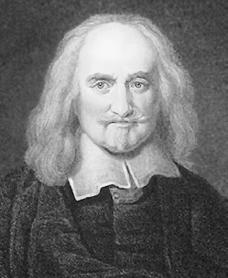 The final development in rising consciousness and the highest emergent characteristic Nature has yet produced is self-reflexivity or self-consciousness – the knowledge of oneself as subject enhanced by the ability to evaluate oneself as object. Thomas Hobbes seems to be the first to have recognized the derivative importance  of this second component; the best way to understand and predict the behavior of others is by thinking how you would do in similar circumstances. This mental model called ‘the Inner Eye’ by Nick Humphrey also generates a sense of self or ‘the Inner I.’ The ability to make realistic guesses about the inner life of one’s rivals was a great advantage for our ancestors, leading to reproductive success. It would also be magnified over many generations.4

Nonetheless it is hard to imagine a gene directly leading to self-consciousness. Richard Leakey argues self-consciousness appears to depend on new laws supplemental to the laws of physics, chemistry, and life. Many scientists and philosophers feel this level of consciousness cannot be reduced to physics. On the other hand, Gordon Gallup’s mirror test (an animal’s ability to recognize its own image in a mirror) shows some other mammals and primates have a sense of self.5 So we must consider that even self-consciousness may be a spontaneous or emergent phenomenon of more complex brains. 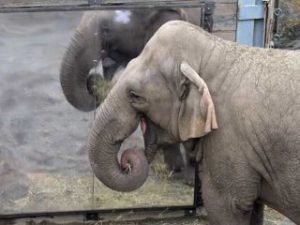 Leakey reminds us that one final tier of self-consciousness appears only in late hominids – the awareness of death, that is, the ability to visualize oneself as dead when confronted with the death of others. It is a short distance from self-awareness and death-awareness to the big questions of why there is a universe and what is the meaning of one’s own life.6  Self-consciousness and the massive human brain takes us full circle back to the very questions this site is trying to answer.

Does the advent of self-consciousness imply design behind human existence or is complexity theory adequate as an explanation? I cannot give a definitive answer, but if complexity and chaos theory can explain life and animal consciousness, it seems a leap to argue that reflexive consciousness has a different origin. I suspect either all are purposeful and designed, or none are. Let’s bracket this and return to it in the synopsis and synthesis at the end of this section.