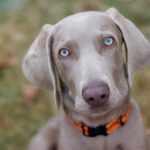 Last time we followed the presumptive development of animals and their complex nervous systems within the framework of natural selection and ended on the mysterious phenomenon of consciousness. Now the word ‘consciousness’  it turns out is undefinable – we all know what it is, but definitions seem to be circular – often involving a synonym such as ‘awareness.’ The clearest understanding is empirical: our direct knowledge of the state of consciousness when awake as compared to unconsciousness when we are in deep, dreamless sleep. If this comparative understanding is accepted, then we likely must accept that animals are conscious, for example, by analogy, I know my dog is conscious when awake versus unconscious when asleep. While philosophers and scientists argue how advanced a species must be for consciousness, I would argue, any creature with a brain (and by inference  – sensations, ability to react to  environment, and learning) has consciousness, though of course  the level of consciousness varies by the complexity of the organism’s brain.

But our interest is in the origin of consciousness at whatever level it is granted, that is, why or how did it appear, and does it imply design? The answer is elusive, but it seems that the complexity of integrated nerve networks simply leads to this emergent of novel characteristic in animals. And of course complexity theory anticipates that the larger numbers of neurons in more advanced brains lead to higher orders of consciousness. In and of itself then consciousness does not require teleology, and we may be at a dead end. This seems a more viable hypothesis than the proposal that a deity or ‘conscious’ universe cultivated by design animals with brains in order to derive finite consciousness as a tool for its ends.

Of course we can never know that premeditated design is untrue for consciousness, but such a hypothesis is untestable and defies empirical confirmation other than the testimony of some mystics which can never be validated second hand. Mystic testimony is at best only weak evidence that animal and human consciousness were planned.

However consciousness as a novel characteristic allows goals and purpose in the actions of animals which adds to earlier support of teleology at the level of the individual. Needless to say, human consciousness offers additional features beyond animals (to our knowledge) and will be the subject of the next blog on teleology and natural selection.