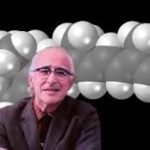 In an earlier post we reviewed the ‘evolution’ of the inorganic as outlined by Fred Kohler.1 Briefly, following the Big Bang subatomic particles aggregated into atoms which combined to create molecules. Stellar processes formed higher weight elements such as carbon, oxygen, and iron, and forces in supernovae created the very heavy elements such as gold. Crystalline 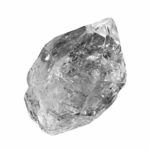 structures followed in favorable places as for example on the crust of Earth. These highly organized substances were able to spontaneously enlarge or ‘self-replicate’ as were the still more advanced colloidal structures such as proteins which formed from primitive amino acids.

But at the cosmic level inorganic evolution also includes the elaboration of essential environments, a process where the force of gravity appears to be fundamental. Stars, planets, and galaxies are explained by the effects of gravity on what would be free floating matter. Large amounts of matter in close proximity are drawn together by gravity into megastructures. The 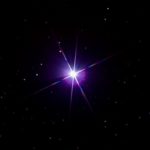 largest resulting structures become stars while some of the smaller structures become planets and moons bound to the stars by gravity, although at varying distances. This critical circumstance allows temperature differences on each planetary body permitting a range of inorganic chemical reactions.

Assuming we grant this ‘evolution’ of complex inorganic structures and their environment, we are left with the question of its implications for teleology. Can we truthfully say the unfolding of nonliving matter is purposive or designed?  Let’s turn to Julian Huxley, an early 20th century biologist, who thinks we should broaden the idea of evolution into ‘the directional processes’ seen in the universe. “So far as a main direction is to be observed in physics and chemistry, it is, as all authorities are agreed, towards the degradation of energy and a final state in which not only life but all activity whatsoever will be reduced to nothing,”2 However he identifies a subsidiary direction towards the production of more complex forms of matter.3 Huxley further defines his three great principles of the cosmos – unity, uniformity, and development which he sees as ‘emergent’ rather than ‘creative.’4

In short, Huxley feels ‘directionality’ is a more accurate term than ‘purpose’ or ‘goal,’ and ‘emergence’ more accurate than ‘creation.’ The direction appears to be one of interim complexification of matter but eventual futility. Perhaps he is hinting at a component of short term, but not long term, design in the form of complexification. Next time we will expand our discussion to organic evolution.