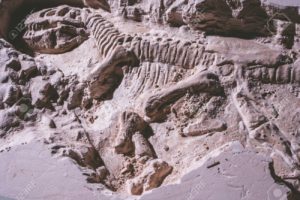 “And many monsters too the earth at that time essayed to produce…but all in vain, since nature set a ban on their increase and they could not reach the coveted flower of age nor find food nor be united in marriage. For we see that many conditions must meet together in things in order that they may beget and continue their kinds”- Lucretius

The traditional arguments on teleology focus on the idea of the mechanical workings of the universe, the ‘miracle’ of life, and the apparent hierarchy of living things with man in all his cleverness at the top. The thesis is simple enough, this astonishing apparatus would not appear spontaneously or by accident, any more than a pocket watch found on the ground would be assumed to have materialized into existence. The rest of the argument is then automatic: there must be a designer or creator which we call God.

It took thousands of years for man to unravel an alternative explanation for the mystery of the working of the universe and the existence of complex forms of life found on Earth. But of course the solution was not difficult; in fact, in some ways we might be amazed it took so long to solve this riddle. If we grant the reliability of our experience and some basic science, then a few facts and observations can be assembled into the theory of natural selection:

The first of these points was known by most of the ancients – particularly the Indians and the Greeks. Atomic theory dates back to ancient Greece although its more modern form is only a few hundred years old. We empirically know items #4 (a rock is more stable than sand), #5 (crystals and life), #6 (living things versus rocks), and #7 (congenital abnormalities; varying talents in children). The constant flux of the universe was identified in the 5th century BCE by Heraclitus, and the effects on life, for instance the simple change of seasons, are obvious. Logic and experience inform #9 (fish die when a river or pond dries up, but mammals like the beaver or otter survive). 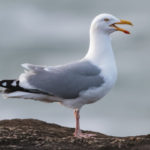 In the next three posts I will expand this understanding of natural selection to envelop the inorganic, the organic, and humanity. Our focus will not be on the science behind natural selection and evolution, but rather on the philosophical consequences for teleology.