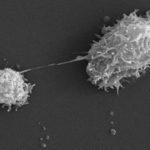 “Intelligence is characterized by a natural incomprehension of life” – Henri Bergson.

In our consideration of natural selection as a potential alternative to design in explaining the universe, the last post explored the evolution of inorganic compounds and the environment wherein they exist. Today we will discuss the appearance of life. The fundamental question here is less about selection than origin. In other words, is it credible that life appeared spontaneously from a primordial soup of colloidal substances, or did it require a creator?

This is one of those difficult questions that may never be resolved definitively by science. If life forms are eventually found on other planets, it would make the theory of spontaneous life more reasonable, but would not be clear proof as a designer might create life in multiple locations or life may have disseminated form an initial site. If scientists eventually produce a living thing in a laboratory from scratch, one might argue this is simply further evidence 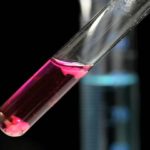 that life is created only by design (in that case a human designer). The hope of an experiment wherein organic and inorganic chemicals known to readily form in nature are placed in a sterilized vat, and observed for the spontaneous appearance of life seems futile given the astronomical odds of life arising in a human time frame.

On the other hand, the inability of man to synthesize life to date and the absence of demonstrated life elsewhere in the universe to date serve as only weak support for a designer, and certainly not proof. It would appear we have reached an impasse – the  origination of life turns out being inconclusive in deciding whether teleology applies to the universe, rather opinion, often based on prejudice, likely informs one’s belief. Agnosticism here is vain as well since whether life is accidental or intentional is the crux of the whole question of teleology as opposed to a pointless universe. That is, if life is designed, than the universe has a point – as the setting for the fabrication of life!

Perhaps we should think about this enigma for a couple of days…and pick up where we left off next time.