Richard Taylor in his introductory text on metaphysics appears to agree.2 He says that Materialists would like to maintain that psychological states such as believing or feeling are simply physical states, but “this is a vain hope.” Nonetheless any difficulties suggested  by personal or psychological predicates would apply equally to a soul as to a body. The difficulty is seeing how anything at all can deliberate, choose, repent, think, and so on. The addition of the soul simply introduces problems of connection between the two.

Taylor concedes that everyone feels somewhat that “a person cannot be a mere body,” but it is difficult or impossible to delineate what needs to be added that is not a person already. If the additional ‘thing’ is simply defined as what makes the difference between a body and a person, this begs the question, or as he says “this is about as good a way as one could find for indicating that he has no idea what he is talking about.” 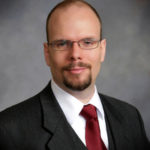 David Kyle Johnson, in his lecture Do Souls Make Us Free,3 adds some scientific concerns. If the soul is postulated to cause human behavior it violates fundamental laws of science such as the law of conservation of energy and conservation of momentum. It also “violates the ‘causal closure of the physical’ which states that physical events that do have causes only have physical causes.”

Our conclusion appears to be that the long philosophical search for proof of the soul fails. On the other hand scientific research appears to be making considerable inroads into explaining those attributes of human experience and behavior that traditionally have been ascribed to the soul. We need not abandon the theory of the soul as there is no proof that it does not or cannot exist, but we do need to seek another rationale or revise our understanding of the soul in order to remain philosophically consistent. We will begin that process in the next blog by looking at subjective warrants for belief in the soul.