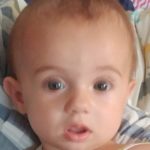 “I believe that man will not merely endure; he will prevail. He is immortal, not because he alone among creatures has an inexhaustible voice, but because he has a soul, a spirit capable of compassion and sacrifice and endurance.” – William Faulkner, Nobel Prize Speech (1950)

If the argument for the soul is so unconvincing, one wonders why anyone believes in it. The likely answer is that belief in the soul is based on personal experiences, empirical justifications, or tenets of religious faith.

A list of the subjective, yet mostly empirical justifications include:

1.   The innocent awareness of the newborn child

I will take these in turn.

Anyone who spends focused time with a newborn is impressed with his or her raw awareness. Behind those eyes is something vital, pure, and sacred. We sense a knowing or a being without the veneer of pretense, opinion, or expectation. This apparent inner substance or self seems to outshine the undeveloped intelligence and suggests to some the child is ensouled. This is by no means proof of a soul, but it is a powerful reminder of the depth of the human being and its ‘supernatural’ quality.

We addressed spiritual and mystical experiences in a prior section (Subjective Belief in God, February 22, 2019), mainly from the standpoint of the evidence they offer for a divine being. But in fact they are also potent evidence, at least to the one experiencing them, of a transcendental aspect of one’s own existence that involves connecting the inner self with something greater or with ‘the One’. This transcendental aspect is often understood as a human soul.

Another possible justification for belief in the soul is supposed contact with a deceased person. For myself, the most powerful episode occurred shortly after the death of my father. One evening I had an inexplicable sense that he was in my midst, not as a physical sensation or vision, but nonetheless so real that I found myself wandering inside and outside my house trying to establish if he was there. I suspect these experiences are better explained in scientific or psychological terms, and they are in any case not proof of a soul, but the presumption of disembodied spirits would logically entail the existence of the soul.

Near-death experiences are another subjective warrant for non-material existence. There appears to be a consistent description of what happens at death by those revived from nearly fatal circumstances – being lifted over one’s body, travel through a tunnel followed by a bright light, reconnection to deceased relatives or friends, and a profound sense of peacefulness. These reports invite the hope that some part of the person endures after physical death, presumably the soul. However scientists suspect that chemical changes in the hypoxic brain are a better explanation.