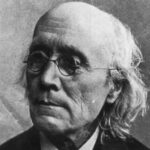 We ended last time with the theory of panpsychism formulated as monadology and now must examine what justification exists for its assertion. Allow me to start with this extended quote by the German physicist, philosopher, and experimental psychologist, Gustav Fechner (1801-1887):

“I stood once on a hot summer’s day beside a pool and contemplated a water-lily which had spread its leaves evenly over the water and with an open blossom basking in the sunlight. How exceptionally fortunate, thought I, must this lily be which above basks in the sunlight and below is plunged in the water – if only it might be capable of feeling the sun and the bath. And why not? I asked myself. It seemed to me that nature surely would not have built a creature so beautiful and so carefully designed for such conditions, merely to be an object of idle observation…I was inclined to think that nature had built it thus in order that all the pleasure which can be derive from bathing at once in sunlight and in water might be enjoyed by one creature in the fullest measure.”5

This is not mere wistfulness on Fechner’s part, rather he believes panpsychism is the “best, clearest, most natural, and most beautiful account of the facts of the universe.”6  Biologist Wilfred Eade Agar (1882-1951) seems to agree admitting that while there is “no coercive demonstration” of panpsychism, it “leads to a more consistent and satisfying world picture than any of the alternatives.”7  William James offers added support  arguing that evidence from psychology and his study of religious experience establishes a “formidable probability in favor of a general view of the world almost identical with Fechner’s.”8

Beyond such observations are two general arguments: (1) genetic and (2) analogical. Genetic arguments come down to the premise that mental facts can be casually explained only in terms of other mental facts. German philosopher, Friedrich Paulsen (1846-1908), believes a newly developing life could not create feelings out of nothing any more than the matter composing living things could come from nothing. Biologist Conrad Hal Waddington (1905-1975) offers a more extended argument: “Something must go on in the simplest inanimate things which can be described in the same language as would be used to describe our self-awareness.” 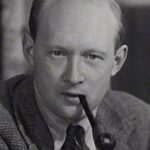 Although we know nothing of its nature, we are forced to accept it by “the demands of logic and the application of evolutionary theory.”9 The phenomenon of self-awareness is a ‘basic mystery’ because it cannot be constructed theoretically from our current science, but we know it exists from experience. Thus we can infer that the mode of our experience “evolved from simple forms which are experienced by non-human things.”10

2 Replies to “ULTIMATE REALITY AND THE MEANINGFUL LIFE – PANPSYCHISM (continued)”