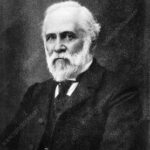 “The student of astronomy must expect his chief profit to be intellectual, in the widening of the range of thought and conception, in the pleasure attending the discovery of simple law working out the most complicated results, in the delight over the beauty and order revealed by the telescope in systems otherwise invisible, in the recognition of the essential unity of the material universe, and of the kinship between his own mind and the infinite Reason that formed all things and is immanent in them.” – Charles A. Young, Professor of Astronomy, Princeton University, A Text-book of General Astronomy, 1888.

We have already seen two modes of thought on the universe as ultimate reality: (1) etymological/logical – its unity, order, limited accessibility, and uniqueness: and (2) representational – i.e. the instantiation of the entire universe in all its facets including light waves, atoms, and events (with or without an infinite ‘Ruler’). A third understanding is presented by Harlow Shapley, a mid 20th century American astronomer, whose life of study of the heavens that he integrated into a philosophy consistent with science. He starts with a suggestion, “because of its confused meaning, perhaps we should abandon the deity concept altogether. Should we not look deeply and sympathetically for religious beliefs that are founded on science and that grow with science?”1 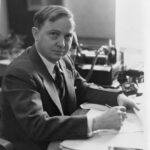 His replacement: “Although it may not seem to you to be a full definition of God, it is, to many, quite satisfying to equate nature and God.”2 Shapley concedes this is ‘pantheistic,’ but believes it is still ‘operable.’ Ultimate reality in his view involves four basic entities: space, time, matter, and energy; or even more simply: space-time and mass-energy. But there is one thing more, he believes; a fifth fundamental element akin to “drive, direction, consciousness, original breath of life (administered by God),”3 but reflected in the more appropriate term, ‘cosmic evolution.’ The changes in the universe across its long history and the appearance of life with its unending selection imply an evolution affecting both animate and inanimate nature which is perhaps more basic or which permeates the other four basic entities.4

Shapley is not done. We must go one step further into “metaphysics (that dangerous swamp) and reach for the most basic and permeating entity – the one without which all else is a vague nothing – existence.” Perhaps it is even more fundamental, but we cannot know why existence exists due to our limited equipment as a species, though he plans to pull existence as such into the final mix.

4In a later essay, Shapley selects the words ‘natural logic’ to replace ‘cosmic evolution’ but due to limited space, I chose not to address this minor change in my analysis of this thought.