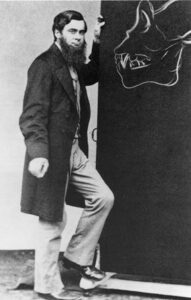 From light Proctor moves to matter, where he tells us “If a great naturalist like Huxley or Owen can tell by examining the tooth of a creature belonging to some long-extinct race, not only what the characteristics of that race were, but the general nature of the scenery amid which such creatures lived, we see at once that a single grain of sand or a single drop of water must convey to the Omniscient and Omnipresent Being the history of the whole world of which it forms part…In fact, if we consider the matter attentively, we see that there cannot be a single atom throughout space which could have attained its present exact position and state had the history of any part of the universe, however insignificant, been otherwise than it has actually been, in even the minutest degree.”6

He goes further- extending this idea onto future events noting: “We can judge of the past by its effects, but we are almost utterly unable to judge of the future by its causes. Yet we do not doubt that the future is present in its germs, precisely as the past is present in its fruits.” 7 Likewise, “…every event, however trifling, must be held to contain in itself the whole history of the universe throughout the infinite past and throughout the infinite future.”8 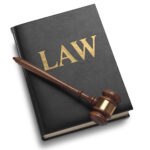 The Ruler supervises the universe via the physical laws assigned to the universe which cannot be abrogated and which are sufficient to control all things. His infinite wisdom is proven by virtue of the fact that these laws do not require adaptation or change during infinite time, that is, the whole scheme of the universe is so perfect that direct intervention is at no time required.9 He closes by concluding his scientific analysis reveals that the Ruler has the traits of omnipresence, omniscience, and omnipotence – i.e. the traditional traits attributed to God by Christianity.

I do not know what religious beliefs Mr. Proctor brings to his astronomical analysis, but even if this final chapter is contrived to conform to religious faith, I think a few of his points are quite exquisite. While his imposition of a ‘Ruler” on the universe seems speculative, his main proposition seems sound. If scientific determinism is correct, then an argument can be made that the entire universe and its history and future is instantiated in light waves and other emanations, in every atom, and in every event. This level of order and the inter-relatedness of every facet of the universe seems to me to describe an astonishing but credible image of ultimate reality.