Continuing now both my trip abroad and my current reading of Giorgio Vasari the biographer of great Renaissance artists, we come to his refreshing perspective on competition among persons within a company or field. 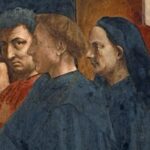 Speaking on Massacio and Masalino (“big Thomas” and “little Thomas”) who often combined efforts: “It is the custom of nature, when she makes a man very excellent in any profession, very often not to make him alone, but at the same time, and in the same neighborhood, to make another to compete with him, to the end that they may assist each other by their talent and emulation; which circumstance, besides the singular advantage enjoyed by the men themselves, who thus compete with each other, also kindles beyond measure the mind of those who come after that age…”5

Speaking of Brunelleschi, designer of the great il Duomo of Florence, we learn not to underestimate those of apparent diminutive stature perhaps including ourselves and how purpose leads to contentment: “Many men are created by nature small in person and in features, who have a mind full of such greatness and a heart of such irresistible vehemence, that if they do not begin difficult- nay, almost impossible – undertakings, and bring them to completion to the marvel of all who behold them, they have never any peace in their lives; and whatsoever work chance puts into their hands, however lowly and base it may be, they give it value and nobility.”6 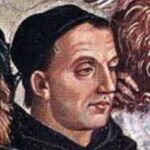 Vasari confirms our earlier conclusions on contentment and legacy vis a vis wealth and material goods with the example of Fra Angelico. “ He might have been rich, but to this he gave no thought; nay he used to say that true riches consist only in being content with little…he sought no dignity save that of seeking to avoid Hell and draw near to Paradise. And what dignity, in truth, can be compared to that which all churchmen, nay, all men, should seek, and which is to be found only in God and in a life of virtue?”7 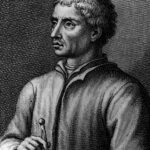 He uses Alberti as his model for the symbolic immortality of virtuous personal creation: “…with regard to name and fame, it is seen from experience that writings have greater power and longer life than anything else; for books go everywhere with ease, and everywhere they command belief, if only they be truthful and not full of lies.”8 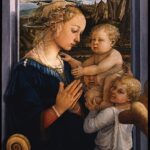 The life of Fra Filippo Lippi becomes for Vasari an example of how even the least fortunate can become great. This remarkable artist went from an orphan in a monastery who tore up his school books to prisoner and slave of Moorish pirates to greatness as one of the one of the most excellent painters of his time.