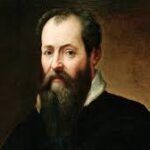 “He was not a great artist but he was a good man, and industrious investigator,… a generous as well as intelligent critic. In simple, racy, almost colloquial Tuscan, and occasionally with the vividness of the novelle, he gave us one of the most interesting books of all time… It will remain for centuries to come one of the classics of  the world’s literature.” – Will Durant, describing Giorgio Vasari.1

On this particular vacation through Italy, I brought my 1959 Modern Library version of Lives of the Most Eminent Painters, Sculptor, and Architects by Giorgio Vasari (1511-1574). To my great surprise his writing on Renaissance artists includes perspicacious observations on humanity and life, and also many pearls of practical wisdom, which I thought I would share with readers. I will go in chapter order so his philosophical perspectives may appear random though they can be arranged more systematically.

Vasari was born in Arezzo Italy and spent most of his life in nearby Florence. He was a middling painter and architect who obtained lasting fame for this book undertaken at the suggestion of Cardinal Farnese in 1546 and published in 1550. It was he who established the term Rinascita for this period, later morphed into Renaissance by the 18th century French encyclopedists. 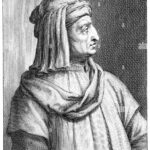 The first of his observations occurs while speaking of Luca Della Robbia, “…no one ever became excellent in any exercise whatsoever without beginning from his childhood to endure heat, cold, hunger, thirst, and other discomforts; wherefore those men are entirely deceived who think to be able, at their ease and with all the comforts of the world, to attain to honorable rank. It is not by sleeping but by waking and studying continually that progress is made.”2 Vasari reminds us that purpose requires endurance and sacrifice, and perhaps that suffering is built into it.

And still with Robbia, Vasari describes a version of Laozi’s wu wei: “…whosoever know that all the arts of design, not to speak only of painting, are similar to poetry, know that even as poems thrown off by the poetic fire are the true and good ones, and better than those made with great effort, so, too the works of men excellent in the arts of design are better when they are made at one sitting by the force of that fire, than when they go about investigating one thing after another with effort and fatigue. And he who has from the beginning, as he should have, a clear idea of what he wishes to do, ever advances resolutely and with great readiness to perfection.”3 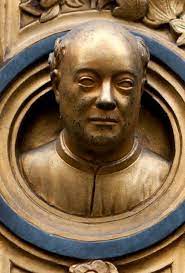 His comment on Ghiberti sounds like something we might expect to find in Marcus Aurelius’ Meditations:  “Since it is seldom that talent is not persecuted by envy, men must continue to the best of their power, by means of the utmost excellence, to assure it of victory, or at least to make it stout and strong to sustain the attacks of the enemy…”4