Having introduced Hindu thought as one avenue to contentment, we are ready to analyze its approach in more detail. The most famous account in the Hindu corpus appears in the Yoga Sutra attributed to Patanjali (c 150 B.C.E.). Since I already discussed this text under the subject of Asceticism in the section on Suffereing,2  I will offer only a short summary. Yoga refers to a system of self-discipline loosely meaning the ‘yoking’ of one’s consciousness to spiritual liberation. This text of 195 aphorisms can be read in an afternoon and offers a lucid path to tranquility. Patanjali tells us human suffering and anguish are overcome by ascetic self-denial leading to freedom not through mystical experience but through a stepwise series of meditative practices. Dispassion is brought about recognizing the dual nature of reality, and fulfilled by a total absence of craving for anything material (prakrti) and by honing of spirit (purusha). One comes to see that the mind and intellect are fettered to the material world and that only by retraining of the ‘mind stuff’ – which is analogous to a lake with ripples – can calm be achieved revealing the Absolute within. The soul is liberated through a constant practice of disinterest, non-attachment, and renunciation, and through the control of breathing. 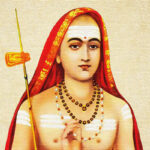 Shankara, the eighth century Hindu thinker, offers a slightly different conception. His is non-dual with only Reality or Brahman as true and the world as false. Moksha comes from recognizing  that one’s true nature is not different from Brahman. This is achieved by following Jnana Yoga, the Path of Knowledge, in three steps: (1) learning from a teacher or guru, (2) understanding those teachings, and (3) practicing meditation especially on the great saying of the Upanishads, “thou art Brahman.” The result is a liberated person able to help others towards the same state of peace. 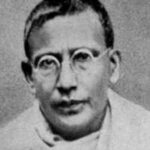 One other key thinker appears much later, K.C. Bhattacharya (1875-1949) who suggests we need not look to scriptures or theology – “Rather, metaphysics should start with a phenomenological critique of ordinary experience” that brings “about a realization of the self as pure freedom.”3 Whichever course one follows, the contemplative techniques in Yoga “induce a stilling and purification of the mind in which the essential nature of the soul is reflected clearly. Thereby the soul becomes forever detached from any psychophysical organism.”4 Obviously the Hindu faithful impose a soteriologic meaning to moksha, but at the level of us as living beings, it also describes contentment in the here and now.

So what can we extract from this tradition in our search for contentment? Contentment may be found in withdrawal, renunciation, and recognition of the spiritual as true reality. Undisciplined thought is the disturber of peace and calming the mind comes from the practice of meditation and the control of breathing. Contentment then is pure freedom envisioned as one’s absolute self being revealed beneath a perfectly smooth lake of clear water.

2See post titled  SUFFERING – ASCETICISM – PART III – PATANJALI dated 4/6/2020. Most Westerners think of the practice of postures, hatha-yoga, as “yoga” but historically that form has been given less weight, while the ascetic component has been emphasized.