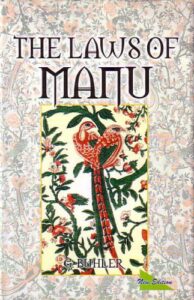 “Rejoicing in the things of the spirit, calm, caring for nothing, abstaining from sensual pleasure, himself his only helper, he lives on in the world in hope of eternal bliss.” – Laws of Manu.

Last time we examined the three main paradigms of contentment  reflecting different levels of engagement with the world: (1) complete withdrawal, (2) limited involvement, or (3) full engagement. Our next task is to examine the approaches of various traditions as we formulate guidance on finding lasting contentment within these models. Today we begin with ancient Asian teachings, first off with the earliest from the Indian subcontinent espoused by the great thinkers of Hinduism and founded on the Vedas, the Upanishads, and the Mahabharata.

It is worth noting Hindu literature has both religious and nonreligious facets, and I hope to steer clear of the former to the extent possible until the next section on Ultimate Reality, though of course I may cross over in this section. We start  with consideration of the most salient feature of Hinduism,  belief in transmigration of the soul or reincarnation. This doctrine over time inexorably leads Hindu thinkers to the conclusion that life, death, and rebirth is monotonous, even futile. Escape from this tiresome cycle is called moksha and includes spiritual release and perhaps a permanent place in heaven. However the earthly manifestation of moksha consists of enduring virtue, calm, and contentment… and with good luck, ultimately, enlightenment. 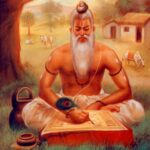 In this tradition, contentment and release appear to originate through withdrawal from the world following one of two patterns. First one may choose at an early stage in life, as in the case of Shankara (and Buddha!), to forsake society and become a wandering sannyasin, or holy man, living by begging, and spending one’s waking hours in ascetic contemplation. This is still the life choice of the Hindu monks. However, the more common pattern is to live a typical youth and middle age with family and occupation, and abandon society late in life with the explicit aim to find peace and enlightenment (as a hermit or vanaprastha).1 The actual steps to contentment are similar in both cases; but one’s priorities and timing drive the course one chooses.