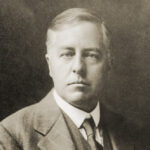 “From the intrinsic evidence of his creation, the Great Architect of the Universe now begins to appear as a pure mathematician.” – Sir James Jeans.

I have proposed that purpose is the second key component of the meaningful life (the first being virtue (the third and fourth being contentment and relationship to ultimate reality – both discussed later). In turn the first three levels of human purpose concern the self, one’s direct contacts, and society or humanity more generally. At those levels purpose comes down to establishing a good life for oneself and one’s close contacts, perfecting oneself and helping others perfect themselves, increasing one’s understanding of the world, finding happiness and meaning and facilitating these for others, and identifying the optimal role or roles by which one may contribute to society and humanity. A similar set of guiding principles can be defined for cosmic purpose that answer the fundamental question, “What am I uniquely positioned to do in the cosmos for the benefit of Nature or in support of the trajectory of the universe?”

We can again bracket this question and pose its inverse, “What purpose is indicated by the laws and directionality of Nature and the universe?” Through close inspection we see that Nature, itself a subsection of the universe, progresses through a gradual evolution of the environment and of living things, while the universe appears to be directed at an increasing complexity and diversity of substances and entities (what I have called compartmentalized order). Reason tells us that cosmic purpose for each of us must thus take the form of contributing to these inclinations of the cosmos, particularly with regard to the Earth. The abridged answer to the original question then is this – cosmic purpose is finding that unique and authentic role most conducive to our furthering the emergent purposes implicit in the history of Earth and of the cosmos.

This conclusion seems oversized for a mere human, but in fact the specific role of any individual is more circumscribed. 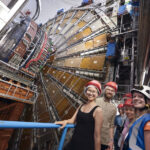