In the last two posts I extracted some key metaphysical conclusions offered by Will Durant in his final book, Fallen Leaves. We move now to his thoughts on morality, a term he seems to prefer over the word ‘ethics.’ In chapter 10 he contrasts Webster’s definition of morality as “the quality of that which conforms to right ideas or principles of human conduct” with his own as “the consistency of private conduct with public interest as understood by the group.”14 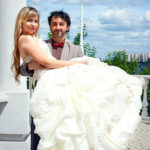 He enumerates a surprisingly conventional Christian list of morals including chastity before marriage, fidelity within marriage, extensive charity, and peaceful opposition to all but the most clearly defensive war (he cites WWII as the exception). He is realistic on extra-marital sex, believing society should encourage younger marriages, but he also thinks childbearing should be voluntarily limited to three per couple.

In addition to societal mores, Durant tells us natural morality requires intelligence and sympathy (citing David Hume and Adam Smith). Intelligence allows us to see that some instincts must be suppressed. Morality can be taught and understood by showing the young that a stable society assures personal security, advancement, and fulfillment. 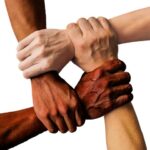 As a result, he is a proponent of law and order, but thinks peaceful protest is fine if one accepts the legal consequences. In chapter 12 he expresses his antiracist philosophy that “…all men are brothers and that mutual tolerance is the price of liberty.”15 He thinks the solution to racial inequality is extended and expanded education, and believes we “owe it to conscience and justice that every person – irrespective of their race – has full and equal opportunity to enter into the promise of American life.”16

In his chapter On Science, he explains the limits of science in perfecting human behavior. In addition to knowledge we need character and wisdom. He defines character as “a rational harmony and hierarchy of desires in coordination with capacity. He defines wisdom as “an application of experience to present problems, a view of the part in the light of the whole. A perspective of the movement in the vista of the years past and years to come.” 17 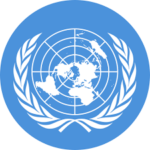 When he jumps to the international realm he notes that morality is a habit of order generated by centuries of compulsion, thus international morality must wait on international order which in turn requires an international force – “conscience follows the policeman.”18 Peace then must be planned and ordered preferably by a specially appointed international commission with realistic goals, not designs on utopia.