In the last three posts I presented some key metaphysical and ethical thoughts expressed by Will Durant in his final book, Fallen Leaves. In this and the next post I would like to add some of his less formal insights that round out his thinking in the last years of his life. This is offered to the reader not mainly for his or her erudition but as enticement to read the book.  I have classified them based on subject though they do not always appear in chapters one might expect.

After having read his many books on philosophy and philosophers, I found one of his most interesting revelations is that Spinoza is his favorite philosopher though he does not say why. Scattered through the book are vintage Durant pearls like the ones below:

“The only real progress is moral development.”19

“Perhaps all vices were once virtues, indispensable in the struggle for existence; they became vicious only in the degree to which social order and increasing security rendered them unnecessary for survival.”20 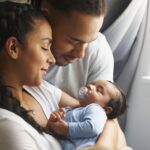 “The gift of children should be our payment to the race for the heritage of civilization.”21

“Intellect is the capacity for acquiring and accumulating ideas; intelligence is the ability to use experience – even the experience of others – for the clarification and attainment of one’s ends.”22

“Every life, every society, every species is an experiment and must give way.”23

Durant states he was a communist or socialist in youth, but ended up a liberal leaning Democrat in middle age. He has a very high regard for FDR and supports welfare programs as necessary for decency and to prevent class conflict. He notes that unequal ability to generate wealth in a capitalist system leads to decreased purchasing power of the less advantaged promoting further increases in differences of wealth that stymie the economy. He tells us “You cannot make men equal by passing laws,”24 but also “though there are many sluggards among the poor and discouraging abuses in the administration of relief, we must recognize that the majority of the poor are victims of racial discrimination and environmental handicaps.”25 For him education is the great equalizer. 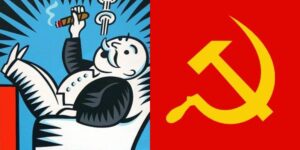 Regarding capitalism and communism he believes the two systems have been moving closer to each other and nothing pushes them closer than war. I was fascinated by this insight: “In both systems, the men who can manage men manage the men who can manage only things.”26 Speaking in the late 1970s, he is remarkably prescient about the rise of China (Chapter 16).

He offers a few other political pearls of note, some humorous:

“Men fear solitude, and naturally seek the protection of numbers”27

“Governments find it easier to begin a war than win an election.”28

“Our armies have proved themselves to be a necessary evil in a world that has never accepted the Buddhism of Buddha or the Christianity of Christ.”29

“Persons under thirty should never trust the economic, political, or moral ideas of any person under thirty.”30