Before we prepare a synopsis of virtue, the first key ingredient of a meaningful life, I would like to pause briefly to consider virtue in the context of ultimate reality. In an earlier blog I defined ultimate reality as the highest reality inclusive of all being and all ideas or as the logically first being from which all other beings and cosmic law are derived. I also noted that for strict materialists, cosmic reality is ultimate reality and thus virtue for them has been covered in the 41 posts on that subject. 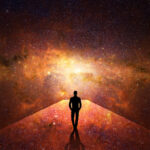 At the end of the day, I would like to ask the reader to entertain the notion that there may be something beyond the physical and mental realm experienced by human beings that fits into what is traditionally called the spiritual realm. Now this should not be an artificial reclassification of a portion of the material world or mental activity, but a genuinely distinct dimension of reality. For theists this dimension includes God, perhaps other divine entities, spirits, mystical experience, miracles, and so forth. Skeptics and physicalists call this superstition, imagination, delusion, suggestion, and even scientifically explainable. For the disbeliever, the leap to deny or discount ultimate reality risks the danger of possibly missing out on the most powerful level of a meaningful life. Thus I suggest we bracket its actuality while we think through what makes for excellence in our conduct with regards to it.

However this does not seem to be the ideal place for a detailed analysis. Rather after considerable thought I believe one’s interaction and experience of ultimate reality fits into its own class and can therefore be rolled up in a future dedicated section. For today, I wish to list some generic approaches to virtue in the realm of the ultimate as listed below. 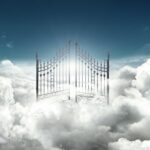 Should one recognize its distinction from the cosmos itself, ultimate reality differs from the others in that virtue, purpose, and contentment coalesce in finding meaning therein. Further details will make up the chapter that follows the next two: Purpose and Contentment. Before we start on them, next time I will present a synopsis on virtue as the first ingredient of the meaningful life.