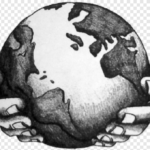 Continuing with conclusions on virtue regarding nature beyond animals brings us to ‘land ethics’ with its fundamental tenets: (1) treat Nature as a series of interconnected ecosystems, (2) use evidence-based decision making, (3) balance human needs treating individuals as ends not means, (4) seek natural or organic sources of food (5) learn from Nature by direct observation and scientific means, and (6) recognize the value of myth, symbols, and the lore of elder native peoples. From these we outlined a virtuous course of behavior regarding the environment. Limit human impacts on atmospheric degradation and climate change. Avoid overfishing or consuming overfished species and conserve fresh water by simple practical methods. Preserve soil, recycle non-fuel minerals, and expand renewable energy. Expand or protect nonhuman spaces for animals and future people.

The next dimension of cosmic virtue is the discipline of science. Virtue here is the commitment to study, validate, and filter science in order to extract the most reliable facts about the world. Objectivity is key. Pseudoscience must be identified, rejected, and exposed. Science and technology must be used for ethical purposes and blocked from evil uses. These principles are even more incumbent on experts who in addition ought to clearly distinguish evidence-based facts from unproven theories and opinions. 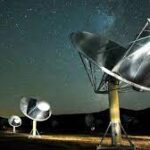 The final dimension is the cosmos itself where virtue is based on having, in the words of Neil de Grasse Tyson, a ‘cosmic perspective.’ While the philosopher may contemplate metaphysical features of existence, he or she must still acknowledge the truths of astronomy and astrophysics in the pursuit of cosmic virtue and construct an ethical program based thereon. Externally directed or active virtue is study of the universe including perhaps participation as amateur scientist, searching for extra-terrestrial life as a means to expanding our understanding of the cosmos, and space exploration and future colonization appropriately funded preferably as an international effort.

The other aspect of the cosmic perspective is internally directed and includes mirroring the order and benevolence of the universe. By it we enlarge our worldview and increase our appreciation of humanity, other living things, and Earth itself. We uncover a wisdom founded on recognizing our limited but singular role in the universe and our kinship with all of existence. We see its power in the lives and thoughts of Laozi, Galileo, Jane Goodall, and many others. Yes, one can see the greatness of the universe as proof of our smallness and thus our insignificance. 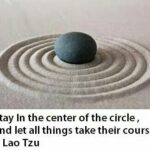 But we have a choice; we can also align ourselves with its direction and so hitch a ride on its unimaginable majesty and future. As Laozi tells us, “If you stay at the center [of the Tao] and embrace death with your whole heart, you will endure forever.”