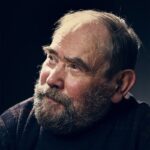 “Of course, scientists have been told to be socially responsible. Of course, I think society should be scientifically responsible as well.” – Sydney Brenner, Nobel Laureate in Medicine, 2002.

In this section, we have been exploring virtue, the first of four critical features of a meaningful life. Virtue manifests at five levels: oneself, others, society in general, the cosmic, and the ultimate. We have reached the area of cosmic virtue which I divide into two domains – Nature and Science. We have just completed analysis of the two subdivisions of Nature, animals and the physical environment. Now we will delve into the less tangible cosmic realm – science – especially physics and cosmology which study the smallest and largest aspects of physical reality. My goal in the coming essays is to define virtue or ‘human excellence’ in regards to science and the cosmos.

Virtue at this level seems to fall into four general categories. First one must investigate the methods and data of science in sufficient detail to accept the model in general and specific conclusions so derived. In other words, skepticism is permissible in the search for truth, but not as an excuse for denial of reasonable and generally accepted deductions. Second one must challenge and reject ‘pseudoscience.’

For example, astrology appears scientific, but is in fact completely speculative while astronomy is based on advanced tools and careful data collection. Third is the ethical use of science; this ultimate tool of good can easily be manipulated to serve dubious or evil purposes. Consider nuclear physics which can serve the potential good of an alternative form of energy or be used to create nuclear weapons which can kill millions. Last is the immersing of oneself in the cosmos itself – recognizing the place one occupies within it, the unfolding trajectory of the universe, and its ultimate meaning.

The following posts will examine in more detail these four categories starting with the appropriate attitude to scientific inquiry and conclusions.