We come now to more specific guidelines on features of the environment.

“The atmosphere is that dynamic sea of air that bathes all living things and affects their survival.”2 It has two vital layers: the troposphere with its vital balance of oxygen, nitrogen, carbon dioxide, and water vapor; and the stratosphere with its protective layer of ozone.3 Add to this the feature of temperature where a change of a few degrees (as is occurring due to the ‘greenhouse effect’) has a profound effect on living things. 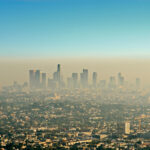 Human influence includes ‘Brown Haze’ (as opposed to natural “Blue Haze” and ‘Gray Haze’) or air pollution – noxious gas and particles resulting from industrialization, that obstruct sunlight, coat rain droplets, and are inhaled by animals.4 Changes in atmosphere can be due to natural phenomena such as volcano eruptions and natural forest fires, but in general natural changes occur at a slow geologic pace which allows animal and plant evolutionary adaptation. Human effects occur more rapidly and do not permit gradual adjustments by living things.

Virtue here focuses on the axiom that diversity of life is a good, thus we must protect nature’s diversity by limiting our contribution to these changes (i.e. purchasing electrical vehicles and avoiding fluorocarbon products known to be major factors in the greenhouse effect and depletion of the ozone layer) and supporting social policy that protects the atmosphere.

“That we live on land is, in the grander scheme of things, best regarded as an anomaly or even an eccentricity- albeit with sound evolutionary justification. The story of life is, if we retain a true sense of proportion, a story of life at sea.”5. Life began in water, and cannot exist without it and even today perhaps 90% of living things live in water. 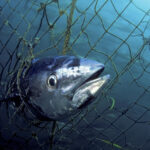 ost important issue is overfishing which has led to a 90% reduction in some edible predatory fish like cod and tuna and forced commercial fisheries to “fish down the food chain”.  Some previously abundant species are now endangered. Humans have become the apex predator of the ocean. Meanwhile tropical coral reefs around the world are being depleted by runoff from terrestrial farming, deforestation, pollution, climate change, and dynamiting.

Fresh Water: Only 3% of all the water on Earth is fresh water of which 77% is frozen in the polar ice caps. Here is a dual problem: habitat reduction for fresh water species and danger to humans from unclean and falling water supplies. Increasing human demand is depleting vital ground water and causing rivers such as the Rio Grande and Colorado to nearly dry up. Fresh water was once considered an unlimited resource, but population growth and livestock and crop needs threaten the supply while sold and toxic wastes jeopardize water safety.

The virtuous course for us as individuals is water conservation (e.g. not running a faucet while brushing teeth) and personal responsibility for contaminants (choice of laundry detergent or weed killers for example). Lists of practical measures one can take are available on a simple Google search. In addition each of us must support appropriate social policy even when that entails sacrifice.