Having established the definition of sage and wisdom, listed some long venerated examples, and distilled out characteristics, now I would like to distinguish them from other thought and idea leaders who fail to generally rise to the recognition of a sage. I list them below in ascending order, the last coming the nearest to the sage, and I concede the designations are arbitrary at worst and opinion at best, but continue the focusing process that leads us to the apex of sagacity in the next blog. 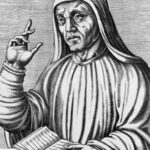 1)     Scholar – a person of profound knowledge derived from study rather than reflection, experiment, experience, or revelation. The consummate example for me is Alcuin, the great teacher of Charlemagne and the agent of a brief renaissance in learning in the Frankish empire.

2)     Prophet or Oracle – mystic or mysterious individual with timely wisdom as counsel to a group, at least part of which involves predictions about the future derived from revelation. The greatest examples of these are Muhammed and the Delphic Oracle of ancient Greece.

3)     Theologian – a venerated, learned, and highly reflective person who mixes religion and philosophy to enhance understanding and offer ethical guidance to others. Here Augustine and Thomas Aquinas are the obvious examples.

4)     Genius – persons of the highest intellectual capacity who discover and expose hidden secrets of the universe, but also offer expanded understanding of the human condition. Noteworthy examples are Leonardo Da Vinci, Benjamin Franklin, and Albert Einstein.

5)     Mystic – individuals who reach deep, but unprovable truths, through meditation and contemplation, but which are limited in practical utility. Plotinus is the great ancient example of a Western Mystic. 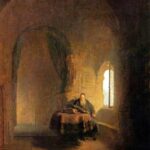 These great individuals in history are not to be diminished simply because they are not traditionally considered sages. In fact part of the purpose of this exercise is to identify other forms of extraordinary societal virtue based on practical wisdom, some of which are within the reach of the reader. However the enduring power of the teaching of the sages is of such enormity that one additional blog on the ultimate example follows.