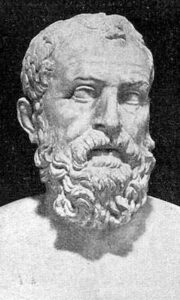 Last time we investigated the philosophical concept of wisdom, distinguishing between scientific and deliberative forms and noting that its pinnacle is their combination in the theoretical or most general field of vision. The possessor and practitioner of this sovereign virtue is referred to as a sage.

Webster’s dictionary defines a sage as “(1) a profoundly wise person; a person famous for wisdom, (2) someone venerated for the possession of wisdom, judgment, or experience.”1 It defines wise as: “having the power of discerning and judging properly as to what is true or right.”2 Interestingly Socrates, arguably the greatest sage of the Western world, challenges the very notion of a sage when he asserts that only God is wise; men can only be lovers of wisdom. 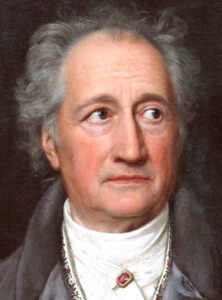 A list of the most recognized ancient sages includes (at least): Lao Tse, Confucius, Buddha, Thales, Heraclitus, Pythagoras, Socrates, Plato, Aristotle, Epicurus, Seneca, and Epictetus. Many others would make a more comprehensive list. Later examples of sages are more debatable, but I suspect most experts would include Erasmus, Voltaire, Goethe, Emerson, and Gandhi.

Based on the above, what conclusions can we draw about generally recognized sages? Well first they are all men; a fact I find particularly troubling as it suggests humanity has lost the legacy of half of its sages due to non-recognition or, worse yet, suppression. We can only hope we have matured enough as a species to venerate the wise of either gender.

Second we see that most of them predate the scientific revolution. The implication is science has replaced or undermined traditional forms of wisdom which seems odd since the technology stemming from modern science compels wisdom in its use. Third, each of our sages is a master of speculative philosophy or a spiritualist, typically deploying reason less rigorously than a modern philosopher. Fourth, most or all seem to have revolutionary thinking about the universe, human nature, and life whether it is Buddha on the non-self, Pythagoras on the supremacy of number, or Emerson on transcendental meditation. Fifth, to a large degree these sages are non-denominational or ecumenical rather than dogmatic. Last while all demonstrated clarity of thought, their writing or oral transmissions are more literary or poetic than technical.