“Every action done in company ought to be done with some sign of respect to those that are present” – George Washington, Rule of Civility & Decent Behavior.

Virtue arises internally, but is measured externally. Certainly the most important outward measurement is behavior to others with whom one makes contact (as opposed to society in a general sense). In fact I suspect most non-philosophers assume the words ethics, virtue, and morality refer principally to how we treat other people directly. In an earlier blog, I designated the realm of our immediate experience as  ‘proximate reality.’1 There are four basic facets of virtue at this level: propriety, justice, heroism, and charity. We will analyze them individually.

The most superficial facet of virtue with other people involves mere coexistence. The virtuous self seeks to optimize one’s external appearance such as to contribute to the happiness of others and to facilitate one’s purpose in the world. On the one hand is etiquette or prescribed conduct that eases tensions anticipated in social circumstances especially with unfamiliar persons, and on the other we have proper behavior expected in relation to close friends and family, that sustain pre-existing relationships. 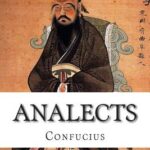 Propriety is a mix of demeanor and manners; part inner calm and patience, part familiarity with social mores, and part practical wisdom in one’s conduct. The greatest ancient sage of propriety is unquestionably Confucius. In The Analects, his students tell us that virtue for Confucius consists of three key principles: Jen, benevolence to other men, Li, rules of propriety and socially acceptable behavior, and Hsiao, filial piety which broadly includes respect for one’s parents and teachers, and the law and order of society.  If ethical principles are placed above profit, and governance occurs by moral example and persuasion, an orderly and peaceful society ensues permitting the harmonious development of its members.

Another example is George Washington who patterned his life on list of 110 memorized principles of civil behavior (see epigram above) and became one of the most admired men in history. His propriety includes honor, trustworthiness, and consistently virtuous behavior – particularly the avoidance of appearance of ethical conflict in one’s actions. From this develops one’s reputation, a vital asset in achieving meaningful purpose in the world.

Jacques Barzun, a 20th century American scholar, also emphasized manners noting that while they appear  superficial, restrictive, and inconvenient, they are essential to others’ contentment and serve to protect the self`. Given contemporary American incivility, we could all take a lesson from Confucius, Washington, and Barzun.

Last propriety extends to one’s choice of friends. We must associate with others of virtue in order to avoid deviation form a virtuous course and in order to solidify a reputation of honor that others are drawn to and attempt to mimic. True friends will not draw us into evil situations or expose us to ethical conflicts.

To summarize, etiquette, respect for others, trustworthiness, consistently honorable behavior, and association with others of virtue are the key factors in the propriety required for a fully meaningful life. Next time we will address justice in our affairs with others.