“Justice is the summary of all virtue.” – Aristotle,  Nichomachean Ethics.

On the scale of virtue in proximate reality, just beyond general behavior is the quality of our dealing with other people. Among ancient thinkers, Aristotle best develops notions of justice at the level of the individual (as opposed to societal justice and governance). “The just is the lawful and the fair,” and justice is “another’s good,” a duty or obligation one has to one’s neighbor. That duty requires us to give to each person what is their own or that which they merit. As in other aspects of virtue, Aristotle believe justice is a habit, but in this case one of action unlike courage and temperance which are habits of passion. Justice relies heavily on prudence which in turn is a function of three variables: deliberation, judgment and decisiveness.1 Aristotle further separates this virtue into two parts: liberality and justice. 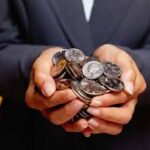 Aristotle uses the term liberality for one’s attitude to one’s own property, where virtue is the mean between prodigality and greed or stinginess. Similarly magnificence is the mean between vulgarity and meanness in the conduct of great enterprises. Aristotle recognizes the value and obligation of riches. Giving is noble and good especially when to the right people, while taking implies only being treated well for which gratitude is due. The noble man “values wealth not for its own sake, but as offering him an opportunity of giving.”2 Likewise, spending must be on the right objects in the right amounts in matters both small and great; and wealth must be from the right source in the right amounts.

Justice in the general sense is voluntary obedience to law, which applies in many dimensions aimed at the interest of the community as a whole; the form Aristotle considers “complete virtue.” However for our purposes here, justice applies in a more limited sense – taking no more than one’s fair share of goods of fortune, while supporting proportionate distribution of goods and correction of injustices. The just man distributes by choice, not from coercion, between himself and another or between two others fairly that which is desirable or harmful. 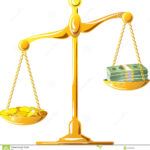 Disproportionality then is the key measure of injustice in personal relationships. The doer of injustice ends up with too much of a good and the victim too little (and the reverse for an evil). In society proportionate returns occur by cross-exchange, meaning fair compensation for another’s labor or goods (the reason money was invented). The personal virtue of justice extends beyond material goods encompassing actions such as adultery and violence. Wrongs done to others may be due to accident, error, or malice with the latter being unjust and the others requiring correction via just compensation.

Finally Aristotle echoes Socrates when he says “it is worse to commit injustice than to suffer it, for the doing of injustice is blameworthy and implies wickedness…but the suffering of injustice implies neither wickedness nor injustice in oneself.”3 This is perhaps one of the hardest lessons of proximate virtue – that each of us ought to accept injustice to oneself at times in return for the knowledge that we have not committed injustice ourselves.